The Invisible Bond of Sex: Hope and Healing From Your Sexual Past 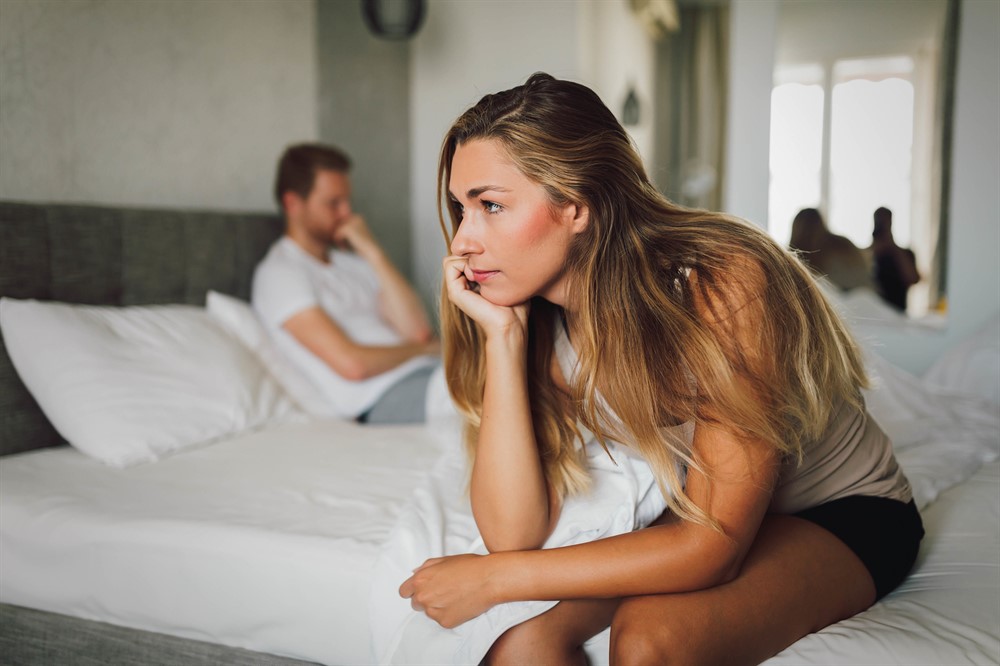 I never imagined that my sexual past was a problem now. Sure I felt guilty, but I’d asked for forgiveness, and now I was married, so that part of my life was far behind me. Right? Well not quite — but I didn’t know it. I certainly wasn’t struggling enough to need healing, I smugly assumed. That was for people who’d been abused or raped. Or people involved in pornography, become an addict, or been unfaithful in their marriage. Our marriage was in pretty good shape, apart from our struggle over my lack of desire for sex. After all, “This is normal, isn’t it?” I thought.

But God knew better. At the time I was teaching abstinence to young people — encouraging them to stay pure until marriage. Mostly because I hadn’t, and I didn’t want them to make the same mistake. But God used what I was teaching others to show me how sex from my past was impacting me today.

It’s just sex. It was in the past. I’ve asked for forgiveness, many times. It doesn’t matter now, does it? I’m familiar with that question, because I’ve asked it myself. Hindsight can be a cruel but faithful teacher. I no longer ask that question…because now I know the answer.

Past sex is a very big deal; it doesn’t matter whether the past is:

Sex from our past continues to haunt us in the present, impacting our relationships, self-worth and marriage. I’ve come to understand  this — if in the past I had sex — then in the present, sex has me.

Most people don’t realize this. We struggle with emotional and physical intimacy in our marriages, or sexual temptations (as in emotional or physical affairs). We lack trust. We are filled with shame, anger, and pain. We may feel connected to past lovers, fantasizing about them. And we may struggle with lack of desire or suffer from the opposite extreme — addictive behaviour. But seldom do we relate our present struggles with our sexual past. “There’s something wrong with me,” we lament. Or, “I married the wrong person… I should have married….” Yet most of us will never cross the threshold into a counsellor’s office because we don’t realize that yesterday’s sex is revisiting us today — and it’s here to stay.

Until we get healing.

Penny has been married 25 years, but she still dreams about her first love.

Malcolm loves his wife; but he can’t understand why his attraction to other women starts at just a look, then fantasy, and then leads to action… always.

Brooke used to love sex. Back then, the power trip for her was magnetic. But now that she is married, sex has become boring — a chore. “Almost repulsive,” she regrets.

One of the biggest lies we’ve been told is that sex is just a physical act (1). We can have sex and move on without thought or consequence, repeating the act until we get married. And then poof, all past lovers are instantly erased from our memories. Sounds magical. I wish it were true.

The truth is, sex is a bond — an invisible bond that works like super-human glue, attaching us permanently to all past lovers — emotionally, spiritually, and physically. Inside marriage, God designed sex as a powerful, unifying bond. Outside of marriage, the bonds of sex can be devastating. Long after the lover has gone, the bond we’ve created stays with us, impacting our lives and future relationships.

The Science of Human Bonding

Recent research of the human brain has discovered a hormone called oxytocin (2), which is specifically designed to bond people together. (You may know it as the “love hormone”). Mothers release oxytocin during childbirth and breastfeeding.

However, this bonding hormone also validates God’s marriage plan for sex. Oxytocin is the hormone released during sexual arousal in both men and women. The benefit of this is that when we have married sex, we bond with our spouse. And as we have sex over and over in marriage, our bond becomes stronger. When we have the strength of this bond in our marriage, it can carry us through the difficulties that may come along.

Helpful resources if there are sexual issues in your marriage

The Reality of Bonding Damage

Unfortunately, we can damage our bonding hormone. With each subsequent partner, the brain releases less oxytocin, impacting our ability to bond.

Additionally, negative break-up emotions are then associated with bonding. The resulting impact can be huge. Drs. Keroack and Diggs (3) explain in their article, “Bonding Imperative,” that past bonds can inhibit future bonds; furthermore, the lack of the oxytocin can lead to sexual infidelity and addiction. Oxytocin keeps the “wow” of sex alive when a couple stays together over time. If oxytocin is absent, there is a need to move on to someone new, seeking to recreate that sensation. This type of bonding damage often leads to divorce or addiction.

Bonding damage may also impact the emotional and physical intimacy in a marriage. I know, because it happened to me. My sexual past made sex in my marriage unpleasant. I didn’t know why, until I discovered how I’d brought the lies I’d ingrained about sex, men, and God into my marriage and my marriage bed.

But I have great news. God, who created us, knows how to heal us by breaking bonds from past partners. And through this healing we can chemically re-bond in our present or future relationships (4).

In the Bible, Joel 2:25 says, “I will repay you for the years the locusts have eaten.” When we give Him our past, God promises to pay us back for everything that has been destroyed sexually. God not only broke the bonds to my past sexual partners, but allowed me to re-bond with my husband. And now as I lead others through this healing journey, I watch healing happen over and over again. It never ceases to amaze me — this miracle of God.

Healing sex, healing relationships, restoring marriages. That’s what He’s all about. God takes our messes and makes them messages of hope.

Healing From Your Sexual Past
Sexual Healing – Life Maps Exercise
Childhood Sexual Abuse: How the Past Affects the Present
Cultivating Emotional Security and Intimacy in Your Marriage
When Anxiety Bullies You and Your Marriage

You don’t have to face this alone: Email a mentor.

4. The Oxytocin Cell, by Dr. Eric Keroack. A keynote with powerpoint delivered at the Abstinence Clearinghouse National Conference June 2005.