Healing From Your Sexual Past 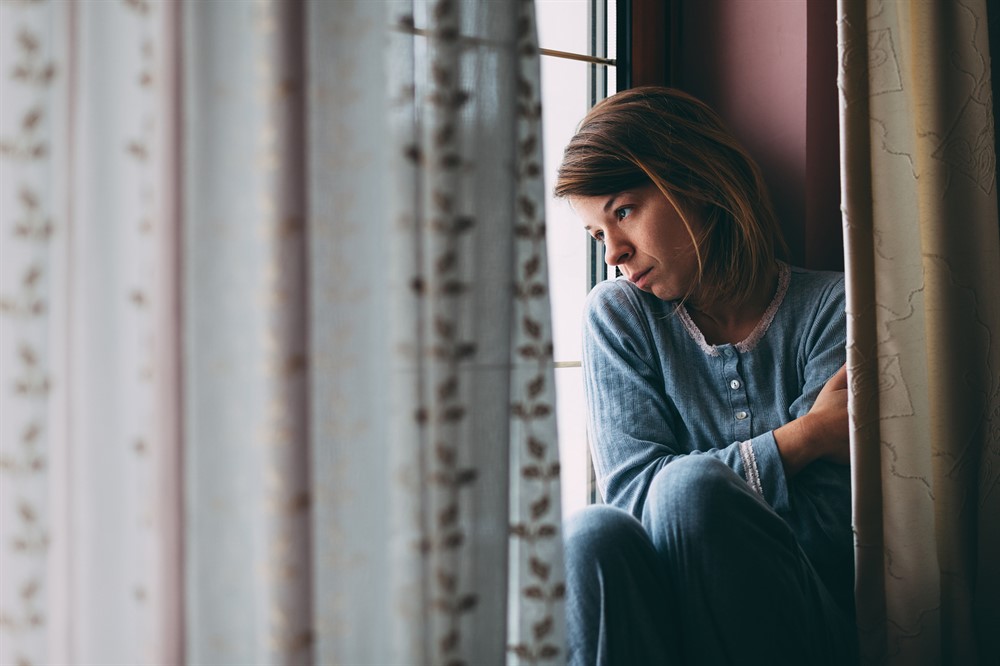 I’ve heard every possible story. In addition to hearing the stories of the women who come into our Bible study for sexual healing, people email me from all over the world. Just when I think I couldn’t possibly hear anything worse, someone shares the unimaginable with me. The evil that people do to one another must break and grieve God’s heart, the One who made us in His image, and created us precious in His sight. I know, because it desperately breaks my heart to hear the pain, humiliation, and evil people have caused these precious women who share their hearts with me.

I’ve discovered after working with hundreds of women that regardless of the cause of their sexual wounding — whether from abuse, trauma as in rape, sex-trafficking, or from their own choices, they all experience shame. They all believe that somehow they were to blame. They feel that they caused it, they allowed it, they wanted it, they deserved it, they were stupid for falling for it — on and on the lies go.

It’s often the shame that keeps us from taking the first step towards healing. First, because we don’t want to share our story with anyone — for we’re sure others will confirm how we feel about ourselves. And second, because the shame tells us that we are not worthy of healing — not after all we’ve done, or allowed others to do to us. We believe that that is all we’re good for and that we’ll never deserve any better.

Doesn’t that sound hopeless? So sad? This is one of the biggest lies I hear, and it’s a lie from the pit of hell.

Regardless of what has happened to us, whether our sexuality was robbed from us, whether we were abused, used, or we willingly gave our virginity away, we are worth everything to God. We were worth our Saviour’s sacrifice of His life, and regardless of how we’re treated, or what others say, God is the One who determines our worth.

It’s His opinion alone that matters. And He finds us loveable, worthy, precious, and best of all, He wants us. He wants to know us, love us, be with us, and share His life with us. Sometimes that’s hard to believe if everyone in our life has wanted us for their own selfish motives. But you can trust God. He will never hurt you, abuse you, or betray you.

One young woman, Alexa, had been gang raped by some boys she thought were friends. The one friend had invited her over to his place between classes, and there waiting were for her were the other guys. She was alone, vulnerable, without a chance of escape. I was horrified by her story. But it was the next words out of her mouth that I’ll never forget.

“It was all my fault,” she asserted, as if I must surely agree.

Taken aback, I replied, “How could gang-rape possibly be your fault?”

“Because,” she assumed, “I shouldn’t have been so stupid to trust him.”

Can you hear it? The shame, guilt, responsibility? She was angrier at herself than those who had violated her. And because she believed she was to blame, she never told anyone for the next three years.

For those of us who haven’t experienced sexual abuse, we find it hard to imagine that anyone who has experienced sexual abuse as a child could believe that the abuse was their fault. But I hear it over and over. In fact, the first step of healing for the sexual abuse victim is to recognize and acknowledge that the abuse was against their will, and not their fault, regardless of how their bodies responded. They did not want it, no matter what their perpetrator said. They did not deserve it, they were not to blame. Often the beginning and hardest step of healing is transferring the blame they’ve carried from themselves to the person where it belongs — on him or her who exposed them to sex and used them for pleasure.

With current rates of sexual abuse by age 18 at one in three to four girls and one in six boys, I know that many of you have experienced this trauma. And my guess is that most of you have resisted God’s call to pursue healing — maybe because of the very lies I’ve mentioned here. It’s time to say yes to God. It’s time to let Him heal your wounds and set you free from the lies surrounding your abuse.

You’ve suffered long enough. The shame and pain is keeping you stuck —spiritually, emotionally, and physically from becoming all that God created you to be. There’s a world waiting to meet you — the real you. Not the one shrouded with lies and shame. But the you only God knows. The you He died for so you could be free to love, live, and serve with total abandon. God’s heart is to set you free. Isn’t it time?

When we’ve been used or abused with sex, it damages our view of sex, ourselves, others, and God. Part of the healing process will be seeing ourselves and sex from God’s perspective. God made sex. And He made it good, pure, and pleasurable. But when sex has been a source of pain and wounding, it’s impossible for us to view it from God’s perspective, to see it as something good.

That’s essential if we want complete healing, and have the kind of emotional and physical intimacy God desires for us to have in marriage. Also, because of the bonds we’ve created with other partners, we need to trust God to sever those bonds so that we can have our bonding hormone restored, allowing us to bond fully in a present or future marriage. Healing restores all our relationships, because we’ll finally be able to reconcile ourselves to us. Being at peace with ourselves frees us to be at peace with others.

For the past several years I’ve had the privilege of watching God heal hundreds of people from their sexual pasts. God led me to write a Bible study for sexual healing, and through 12 chapters we lead people through a grieving process for their sexual pasts. If God is bringing to mind things you’ve yet to heal from, I hope you’ll have the courage to join me and countless others in the following steps to healing:

1. Healing the wounds we’ve accumulated from our past.

3. Exposing the lies we’ve ingrained because of our past.

1. Healing the Wounds We’ve Accumulated from Our Past

Some wounds we’re aware of, but many we’re not, until we let God show us how our past is still hurting us today. When we let God show us how our past has hurt us, He’s able to heal our brokenness. But the first step and often the hardest is acknowledging what happened to us. And with abuse or trauma, often we can’t remember clearly what’s happened. But God knows our whole story — every detail. And when we give Him permission, He’ll show us our story. Here’s an exercise that can help you see your own story.

Whether our sexuality was stolen from us or we gave it away, we experience a loss. But unfortunately, many of us don’t allow ourselves to grieve those losses. John Townsend and Henry Cloud in their book, How People Grow, say that “Grief is the one pain that heals all others. It is the most important pain there is.”

Because many of us feel responsible for the loss, we often don’t feel we deserve to grieve. But the truth is, we do deserve to grieve. And even more, we need to grieve. In fact, God grieves right along with us. He feels our pain, bears our burdens. He even collects our tears, as King David tells us in Psalm 56:8: “Record my misery; list my tears on your scroll — are they not in your record?” As we grieve, God is able to comfort and heal us. Here’s an exercise to help you walk through the grief process.

3. Exposing the Lies We’ve Ingrained Because of our Past

For many years I believed that God was the one who was heaping shame on me. I was certain He was disappointed with me, and no matter how many times I asked for forgiveness, I still had shame. But as I allowed God to heal me, I discovered that He did not see me the way I saw myself, the way the enemy tried to make me feel.

He did not see me as sinful, dirty, and unrighteous. Instead, because of what Jesus did on the cross, and my acceptance of His forgiveness, God saw who I was in Christ — holy, righteous, blameless, forgiven. Yet I’d been living out of the lie of the enemy. Once I saw the truth, the enemy could no longer deceive me with this lie. Here’s an exercise to help you see how God views sex.

The bonding of sex is not only physical, but also spiritual, emotional. and mental. This includes the chemical and hormonal bonding that happens. Although we’d like to believe that breaking up and moving on severs that bond, in truth, only God can sever the “one flesh” bond He’s created through sex.

The Bible says that this bonding is a mystery. In other words, it’s unexplainable, supernatural, something only God can do. So it makes sense that only God can completely sever this bond. In this step we ask God to show us everyone we’ve created a sexual bond with, and write out a sexual history list. Then we pray through each name (or memory if we don’t have a name), asking God to sever the bond we’ve created — at every level: spiritually, emotionally, physically and mentally.

xytocin is God’s super-human glue that is released in a man and woman during sexual arousal and release. When we’ve created bonds with others through sex, we can damage our bonding hormone, causing us to release less and less with each subsequent partner. But I have amazing news! Preliminary research is showing that as we heal, our brain heals, allowing us to release oxytocin again. Isn’t God so kind? Regardless of how our bonding hormone was damaged or depleted, when we let God heal us, He even restores our ability to bond. That’s what God told us in Joel 2:25: “I will repay for the years the locusts have eaten….” God promises to pay us back all that the enemy has robbed from us — even oxytocin. Here’s an exercise to walk through the process of breaking sexual bonds.

I want to leave you with one final word of encouragement. Healing isn’t easy, and it doesn’t happen overnight. In fact, it can be quite painful and take longer than expected. But this I can promise: it’s worth the journey. I would never want to go back to where I was, broken, clothed in shame, stuck spiritually, emotionally, and physically.

For 25 years, shame was my constant companion. But when God restored me eight years ago, that’s when I really began to live. That’s when I became free. What a feeling! I wouldn’t trade it for anything. And it’s not just me. Out of everyone who has had the courage to trust God with their pasts, regardless of how hard the journey, not one has ever said they wished they could go back to the way things were.

I’m praying that this is the day you’ll say yes to God, and begin your journey to a life of freedom. You’ll never regret it… I promise.

These books can help you on your journey: