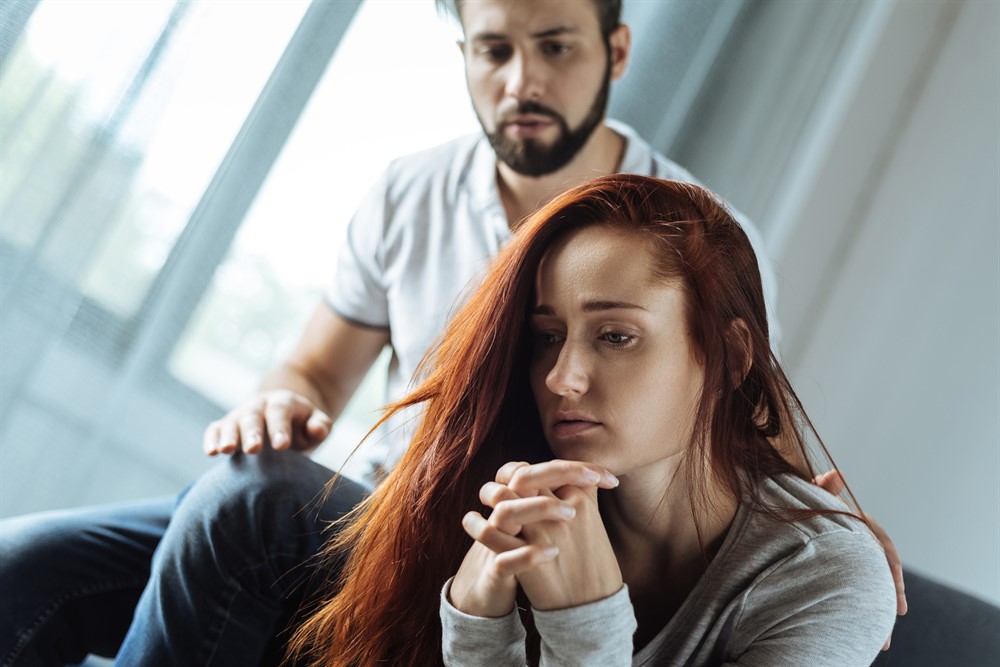 We can name evangelical leaders, TV personalities, and even our own acquaintances who have created a swirling, disconcerting list of people who have fallen into the trap of adultery. We know it’s a chronic and fluctuating problem. We also know the profound impact adultery has on kids — anxiety, fear, rejection, blame, increased likelihood of adultery in their own marriages — which is thoughtfully detailed in this classic New York Times article. (If adultery has already happened in your family, see the end of the article for wise guidance.)

In light of all this, we believe it’s helpful for us to address this issue of the slippery slope to adultery and share a very personal story that only a handful of people have heard.

During our engagement, Jim and I agreed that we would not “stuff” things or keep secrets in our marriage. It’s easier said in nice marriage vows than actually done — but in our young lives we had already seen the power of secrets growing like cancer in relationships. So from the beginning we challenged each other when something seemed “off.” “What’s going on?” became a centrepiece question we were committed to answering in detail.

This commitment met a grueling test one evening early in our marriage, when the truth was deeply painful. Jim was unusually uncomfortable as he began.

“I realize I’ve begun to be attracted to someone at work.” He told me who it was — a woman I knew. He continued.“I knew I needed to tell you about it when I realized I was starting to plan how she and I might stay and talk after the others had left. (Thoughtful pause.) I don’t know what else to say. I’m really sorry. I don’t want this to grow bigger, and I know that if I kept it secret that’s what would happen.”

I sat in gut-punched silence.

My soul was tossed into tumultuous rapids of self-condemning comparisons. I knew this woman. She was delightful. I pictured this woman laughing and smiling with him. In those stressful years of parenting our intense young crew, she was everything I felt like I wasn’t: young, vivacious, and attractive, with a great sense of humour, and always sporting an engaging, sincere smile.

I felt old, negative, un-fun and unappealing. That was my stuff and I had to face it. I managed to not cover it up with anger or blame. I knew that a harsh, condemning response from me would be fertile soil to grow the attraction. I also knew that the kind of feelings Jim was having can happen to anyone. I realized that what he chose to do with those feelings was incredibly honourable, courageous, and an example of his heart to protect our family. He gave me a precious gift that day.

So I responded carefully.

“This is really hard. I can’t imagine anyone who would trigger more insecurities by comparison than she does. But I’m very glad you told me. It shows how loyal you really are to be so honest when things are hard.”

Bringing his feelings out in the open and receiving a safe, grace-filled response was all Jim needed for the attraction to begin to dissipate. We kept in communication about how things were going with his feelings about her. We made an effort to bring more fun and connection back into our marriage.

A few years later, I also found myself feeling a growing attraction for someone else. I shared this feeling with Jim, and we had a similar conversation in reverse, with a similar end result.

This kind of honesty is scary. But as I often would tell our three children, “What’s concealed gains power, but what’s revealed can be healed.”

Our practice of being safe with each other — even about scary-honest things — has helped us thrive in 30 years of marriage.

So here are some practical ideas to answer this question, “What can we do to protect our vital union with stability and safety?” We’ve learned these ideas are helpful in protecting marriage.

Read Part One of this Series: Jim’s Side of the Story as he confesses his attraction for a co-worker to his wife.