How to Build a Great Relationship With Your Stepchildren 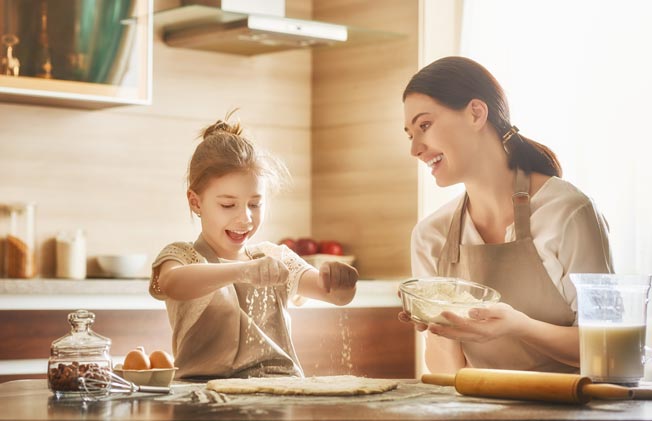 Whether you’re getting married for the first time to a person who has children — or getting remarried and blending a family — you’re going to be navigating some unfamiliar territory in the coming years. Like starting a marriage, becoming a stepparent has its own set of challenges and rewards, and you’ll learn how to nurture these relationships as you begin your new life as a family.

Stepping into the role of stepmom or stepdad is a daunting and delicate undertaking. Making the transition isn’t easy, but it’s very doable. The result of treading carefully into this new territory will be building a rewarding relationship with your spouse’s children.

Here are a few tips to help you start on the right foot as a new stepparent.

Whatever the situation, kids tend to have mixed feelings about a stepparent entering the picture. There may be things about your presence in the family that your spouse’s kids love… but they also may be resistant to all the changes that are happening in their world.

On one hand, it’s natural for children to feel excited about having a stepmom or stepdad, especially if the child has grown up in a single-parent home and has been craving that second parent in their life. But on the other hand, they’re likely aware of the fact that they’ve made it just fine all these years without you — and at some point, you’ll probably hear about it.

While you might feel overly eager to start this relationship on the right foot, be gentle as you make the transition into being part of this family. Don’t try to establish yourself as a parent just yet, and don’t aggressively pursue a connection with the kids. Instead, seek to cultivate a friendship with your stepchildren. Be patient and allow the relationship to naturally deepen over time.

Let your spouse’s kids know you’re genuinely interested in them. Work to find common ground —identify shared interests, activities you both enjoy, and any relatable topics that come up between you as you’re getting to know each other. Get on their level, and actively listen when they speak to you.

Show up to support them in their activities, like ball games and dance recitals. If your stepkids are creative, show an active interest in their artwork, music, writing, and other creations. Your stepkids will come to know they have an ally in you if they know you are for them.

It’s important for you to show respect for the traditions your stepchildren and their parent have created as a family. If you attempt to come into this family and change everything they’ve been doing together up until now — whether those are holiday celebrations or simple weekly rituals —you’ll set yourself up for failure right off the bat.

Learn about your stepkids’ traditions, and work with your spouse to preserve as many of those as possible. (If you have children of your own and are blending two families, this will be tricker, but it can still be done.) Over time, you’ll be able to slowly create new traditions with your spouse and stepchildren, and maybe even incorporate a few of your own. But for now, be patient and willing to let your spouse and their kids take the lead, understanding that slow changes will come with time.

Don’t Try to Replace Their Other Parent

Whether your stepchildren have lost their other biological parent to death or divorce, be respectful of their attachment to that other parent. Communicate that to your stepkids, and be direct with them.

Once you’ve established that your stepchildren can be friends with you — and that you do not expect to replace their biological mother or father — that can pave the way for a great connection between you and them. Getting this out into the open will release them from any notion that having a good relationship with you will create a conflict of interest with their other parent.

Let Your Spouse Handle the Discipline

A fundamental reality of blended families is that the biological parent has to be responsible for disciplining the children. Being a stepparent is a role governed by mutual respect and friendship, and stepping into a disciplinarian role with your stepkids could hinder that goal. Enacting discipline must be your spouse’s choice.

That said, since your unique position in the family demands mutual respect, if you’re being treated unkindly by your spouse’s child, it’s within your right to remove yourself from the interaction. Tell the child you feel disrespected and that you won’t stay in this conversation while they are being unkind. You must be clear about what is taking place, and then do what you’ve said, and remove yourself from the situation.

You can certainly communicate privately to your spouse about what is going on, but in the end, he or she must be the one to discipline the children for bad behaviour.