How I Helped My Baby Sleep Without a Sleep Method 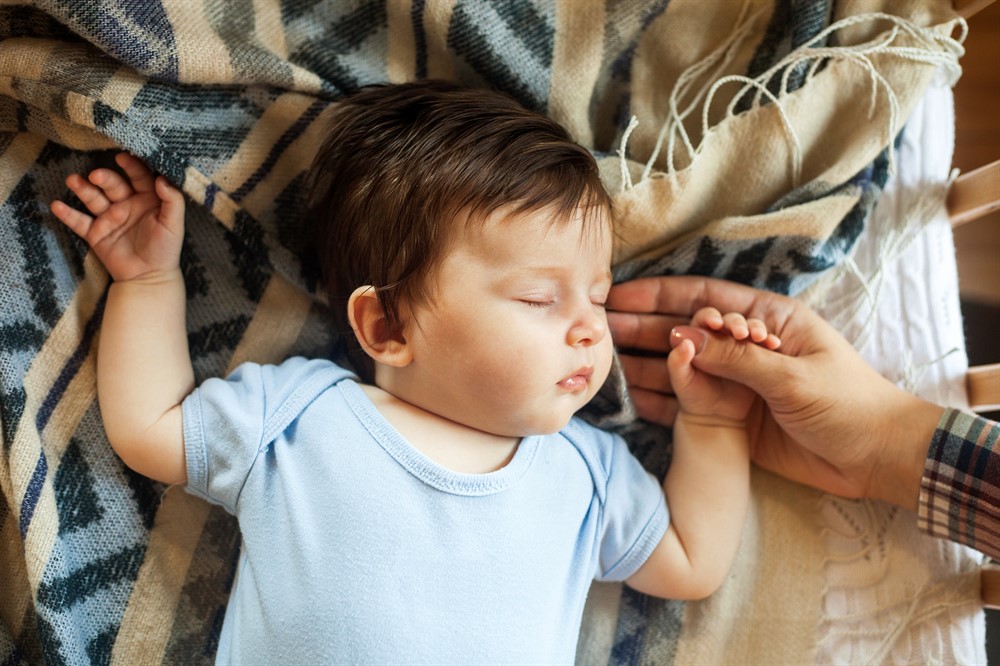 Did you find this blog because you Googled, “How do I get my baby to sleep through the night?” Well then, my friend, soak in this moment of knowing… this is NOT your magic bullet to deep nourishing sleep. At Connected Families, we don’t believe in quick fixes. We believe in lasting change. We believe in seeking the Holy Spirit, and the hard work that brings rich connection between parent and child.

If you have been following our work for a while, you are familiar with the Connected Families Framework. Over the last two years, while working behind the scenes, I couldn’t help but memorize and internalize these four levels of parent/child connection. I assumed it would come in handy in my parenting journey, but I was not expecting to apply it so early!

I’m a first-time, millennial mama. I grew up learning about grace, but I also grew up with 15 years of classical ballet, an INFJ on the Myers Briggs, and high anxiety. Tada! My motherhood is the potential recipe for neurotic high goals, extreme discipline, dramatic shame, rigid technique, and a confetti of horrific false prophecies for my family. The first four months of postpartum were brutal for me.

I had heard, “Don’t worry. At six weeks, babies kind of normalize.” What kind of unicorn babies were those? I mentally drop kicked countless perky profile pictures in anger after reading, “Two months old and our baby is sleeping through the night!” Thanks, social media.

When my son Harvey was four months old, my husband Max gently asked me why I responded so urgently if Harvey woke up after a short sleep. I said through tears, “I have worked so [profanity here] hard to get him to sleep. If I don’t soothe him instantly, he fully wakes up, and all my efforts were completely worthless.” Max wasn’t concerned by what I had said, but by the pointed bitterness with which I said it. We knew I was not in a healthy place.

I believed Google was my ally. I googled in the afternoon while Harvey cried at naps, and in the middle of the night by the white blue glow of my phone. Loads of mommy bloggers sell a sleep method, and my literal brain believed there was one for us — 1,2,3 SLEEP!

In the midst of this season of Google searches, I had a vivid dream. I was living in medieval times, and I was working with a grimey, bearded alchemist to design a sleep potion for Harvey. When Harvey woke me up from the dream at 3 a.m., I felt so empty. I nursed and rocked him in the dark, and God brought thoughts before me. He reminded me of a king in the Bible who sought magic, and how it only brought him confusion and destruction.

I was convicted that Google is often my magic. I realized my generation has few things left that will drive us to seek God. Child rearing is one of them because there is no instant answer. God asked me to stop exhausting myself with Google, to ask for His wisdom, and to get to know this child He has crafted as one of a kind. There is nothing wrong with using my resources to find some help, but honest conversations with my Creator need to be my first go-to.

Moving forward with prayer, God reminded me of the Four Messages in the Connected Families Framework. With these messages, I am comforted. I feel free to connect with my son instead of becoming resentful, and I hear God’s heart for me as a mom.

During any given 24 hours of parenting, I mentally walk myself through some aspect of the framework:

You are safe with me.

Harvey is safe to show his emotions to me. I can find ways to creatively or practically communicate to him that his bed and bedroom are safe, and that sleep is safe. I can show him that he is safe in the way I respond to his cries. As I enter and leave his room with true peace and relaxed body language, his spirit clearly senses the difference as he calms more quickly.

You are loved no matter what.

Even when Harvey doesn’t fall asleep, it doesn’t change my love for him. As I continue to guide him, we can connect and forgive one another for not understanding what the other person is trying to do.

You are called and capable.

The Lord has programmed Harvey to know how to sleep someday. He is capable of learning. This will happen. In the right timing, it will happen.

I can’t control what Harvey is feeling or how quickly he falls asleep. Only Harvey can figure this out.

As I write this, Harvey is a fresh seven months and, although this approach has helped him fall asleep more peacefully, sleep longer stretches, and wake up happier, he still does not sleep through the night. But we have made some sweet memories. If I hadn’t learned to cue in to him, I probably wouldn’t know that Harvey feels safer sleeping on his stomach, that he likes his back scratched for a couple of minutes, or that he likes to hold my finger for security while he falls asleep. I wouldn’t have the memories of his head in the crook of my left elbow, his gaze watching my shape in the darkness talk to God with him while his body relaxes to the sway of the rocking chair.

As I pray these new mother prayers, God is lovingly guiding me to see that I am also safe with Him. He loves me if Harvey sleeps for 10 minutes, or 10 hours (no, that has never happened). He has made me called and capable as Harvey’s mom. He trusts me to be as responsible I can, and does not expect perfection.

With these truths, I can leave behind my feelings of paranoia and shame, moving forward as a peaceful and confident parent. Even while parenting an infant, I’m establishing the beliefs and habits that will equip me for a connected relationship with my growing son.