At Peace With Our Fathers 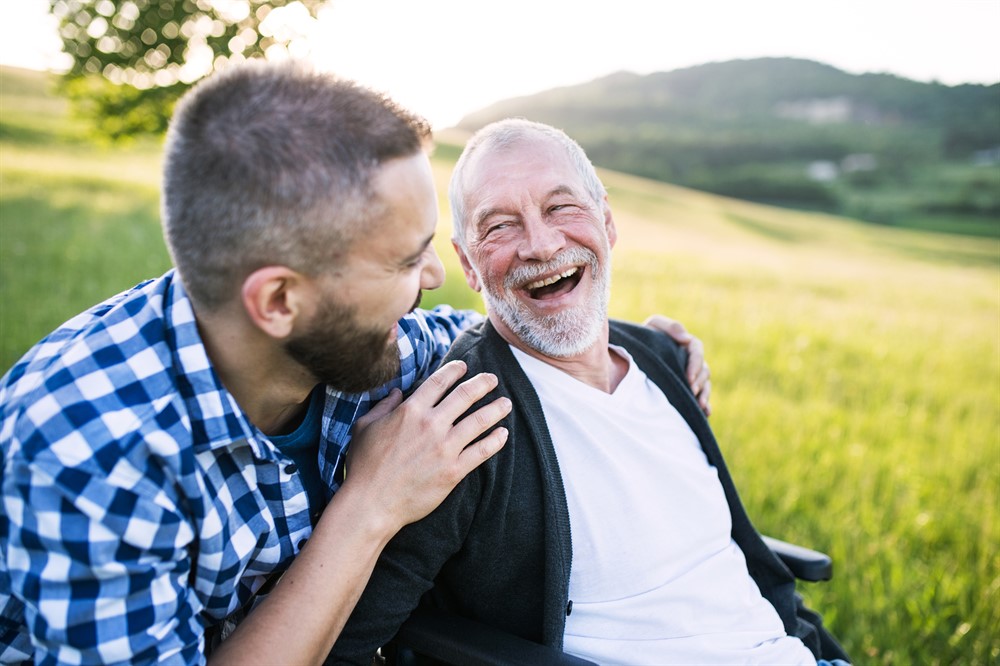 Earl was working two jobs plus farming on the side when I met him. As you can imagine, there wasn’t much time — or much of Earl — left for his wife and children. When he came to talk to me, things were pretty desperate at home.

As we talked, it became clear to me — and ultimately to Earl, too — that he wasn’t working this toxic schedule to provide for his family, which was what he had been telling himself. Earl was working to earn the approval of his father, a profoundly successful man who had imprinted on Earl a strong work ethic but weak relational skills. And Earl’s father had been dead for 10 years. A decade later, Earl was still working desperately for his dad’s approval. That’s the power of unresolved issues between us and our fathers.

As a marriage educator, I’ve had the chance to work with thousands of adults and I’ve learned one really important thing about us and our fathers: if we are truly going to be mature adults, both emotionally and relationally, then we have to come to peace with our own fathers.

Coming to that place of peace involves two things — authentically and honestly forgiving our fathers for the things they’ve done that have disappointed us or hurt us, and authentically and honestly thanking them for the ways they’ve blessed us. Every father has done both. None of us has a father so horrible that he hasn’t done something good that has blessed us in some way. But it’s also true that none of us has a dad who has been so perfect that he has never disappointed us or hurt us. Every dad has done some of both and we need to come to peace with that, forgiving our fathers for the ways they have let us down and giving thanks for the ways they have blessed us.

Now if your dad is still living, I really encourage you to go see him if you can. If he doesn’t live close by, call him up or write him an email, or go old-school and write him a letter. Speaking the truth in love, work out anything that may have come between the two of you and thank him for the ways he’s blessed you. That would be a great Father’s Day gift for him — and it would be really good for you too!

If your father has passed on, as in my case, it’s more complicated, but you can still do it. Write out what you would want to say to your father, journal it, or talk it out with a trusted friend. You may even need a third party counsellor to help you sort out your feelings and find the right words. However you do it, it’s really important to get to that place of peace. Until each of us do, we run the very real risk of struggling with a lot of unnecessary and unhelpful baggage.

Earl learned to come to peace with his father, but it wasn’t easy for him, and it isn’t easy for many of us. Here are two things that can help.

First, consider the possibility that your father did the best he could. Remember that you don’t truly know all of your dad’s story — what was going on in his life, his marriage, his work, and in his own relationship with his father. The first thing on this journey to greater peace with your father is to assume that he did the best he could… because he probably did.

The second thing that’s really helpful is to draw on the rich resources of faith in God. Where can we go to learn about forgiveness, especially when it may not be asked for or even deserved?

We can go to Jesus Christ who prayed for those who were putting him to death: “forgive them, they don’t know what they are doing” (Luke 23:34). The wisdom of God also teaches us to “be thankful in all circumstances, for this is God’s will for you who belong to Christ Jesus”  (1 Thessalonians 5:18).

As we choose to set our minds on these good things (Philippians 4:8), God’s Spirit will transform our hearts and minds. Giving forgiveness and thanks to our fathers doesn’t mean everything they did was right — but it can bring peace. Perhaps a peace that you haven’t felt in a long time. Discovering that peace is a great Father’s day gift for us all.