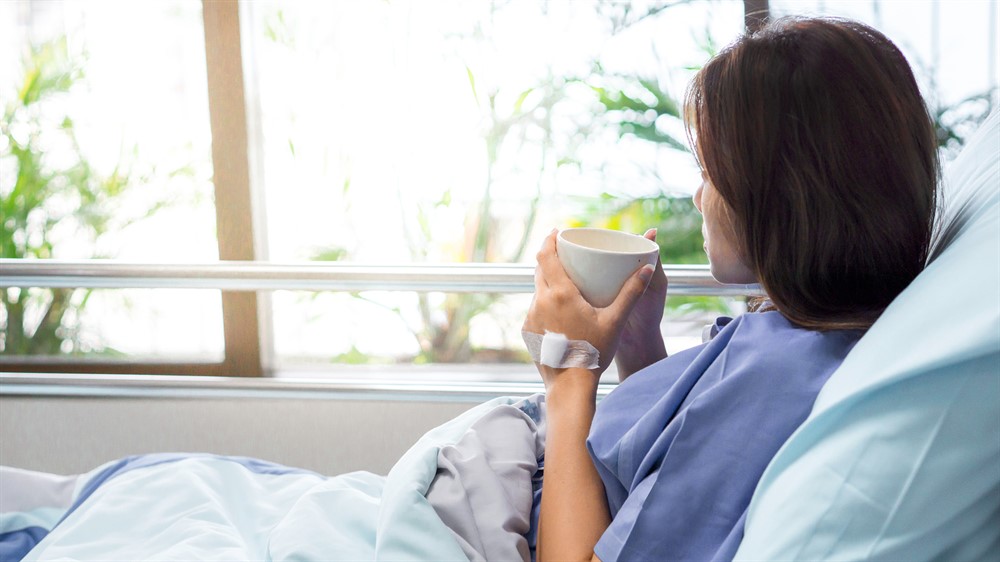 I dislike traffic detours; a forced and unexpected direction change is a recipe for road rage. In the Dallas-Ft. Worth Metroplex, road work is constant, so detours are a way of life. The worst kind? A detour within a detour! By the time I get back to the regular road, I wonder if I’m still in Texas!

Life can be like that. Have you ever experienced circumstances that block the path and require not only a detour, but a new direction?

When our second daughter Rachel was diagnosed with severe autism, our family had to accept a new direction. Torn by the difficulties autism introduced to our life but still clinging together, our young family trudged along this detour marked out for us. I had pit stops along the way where I wanted to die because the road was so hard. But we persevered. After enough time went by, we even adjusted to our new direction. We believed there was certainty on the road ahead.

A Road Block within a Detour

In March of 2010 after a routine doctor visit, I received a shocking phone call: “You have cancer.”

Things happened quickly after that. I remember, though, unlike my experience with Rachel’s diagnosis where I told everyone, “My daughter has autism” to help adjust, I didn’t know how to talk about this looming cancer monster. The first few people I told, it felt like I was talking about someone else. Then I wondered if I should even tell anyone. I already had a special daughter. Admitting I had cancer would be too much, as though I were trying to get attention.

My family, though, needed to know. I had no idea how to tell my husband who was at work. Do I wait until he gets home? But that was hours away. This terrible cancer dragon was clawing my emotions to shreds. As I had learned from Rachel’s diagnosis, I couldn’t face it by myself. I called, but couldn’t decide what to say. I think I just blurted it out. “How are you? I have cancer. I’m scheduled to see a surgeon next week. Well, you’re probably busy.”

Then there was our eldest. With Rachel’s issues, we had tried not to hide things from our eldest daughter. So after I met with my surgeon, I told her I was having surgery because I had cancer. I tried to sound unworried even as I wondered how her life would look without me in it. I prayed for peace, direction, and wisdom.

Her answer was a gift straight from the Lord and broke the moment’s tension. “Are you going to lose your hair?” I told her I didn’t think so, at least not at first, and she just nodded.

I don’t remember asking God why He would do that to me in addition to everything else with Rachel. But I do remember conversations with family and friends centring on it. My husband and I were faced with the possibility I would die and leave him alone to raise Rachel. We talked about it some, but things happened so fast, it seemed I was already having surgery by the time we took in the initial news.

What we did do was pray. The people who knew about it prayed. Though I hesitated to admit I had cancer, I was not shy about asking for prayer. I knew prayer was the only true weapon we had in dealing with this.

An inexplicable peace, which could only have come from Jesus, enveloped me. In addition, God provided miraculously for my two children, emotionally and physically, during that difficult time. In His gentle way, Jesus showed me my children were more precious to Him than they were to me. He would take care of them. As for my husband and I, we learned to appreciate whatever time we are given with our loved ones, no matter the detour.

After my surgery, my doctor reported my lymph nodes were clean. No problem. I should be back to normal — whatever that was — in a few days. We were back on the road.

But another road block awaited us.

On April 22, 2010, two weeks after my surgery, my body failed. I was going to die. Yet… I had peace. My life had become more focused in the detour of cancer. I had experienced God in a manner I never would have known otherwise. The external stuff: worries, messes, exhaustion, money, vacations, reputation, a career — all those became peripheral. My family — people — had become precious.

In light of my new perspective, I prayed. I knew God would take care of my family, yet I didn’t want to leave. I thought back to the earlier moments in my journey where I had wanted to die because life was too difficult. At the hardest, most painful point in my life, I suddenly didn’t want to die. I wanted to fight to live because every part of my life, even the messy, detoured bits, overflowed with precious blessings.

God answered with an extension on my life. Have there been other detours? Yes, but I tell you God has carried us through each one. Life in the Father’s hands, even off the road entirely, is worth it. I still long for Heaven, I anticipate the joy that awaits us there when we see Rachel made new in the arms of our Saviour. I look forward to seeing my life from the eternal perspective — a beautiful road map coloured with God’s grace.

For each one of us, the journey through trials is different and difficult. But one thing remains true for all time: God is there. He will never leave you or forsake you. Do not stray far from Him, my friends. Stay in God’s Word daily; pray constantly. Draw near to the embrace of the One who knows our needs before we ask.

For those who need someone to listen, talk to a mentor.