When Our Expectations Ruin It All 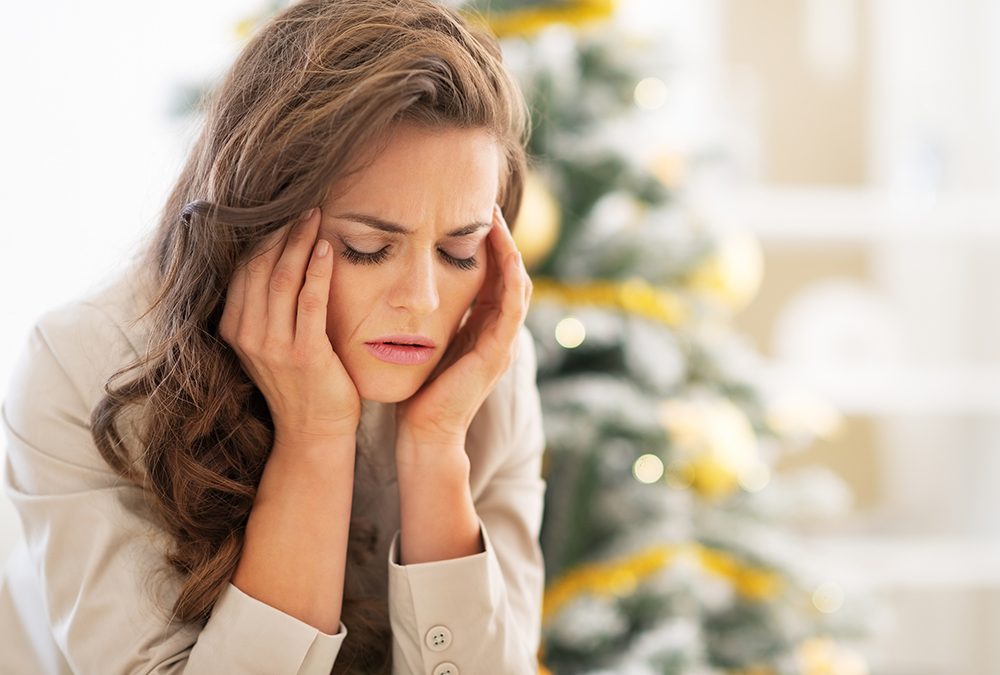 It was a morning around here.

We were out of milk.  I could hear frustrations from the littles and their cereal-loving little bellies.

It was cold.  Frustration at having to roll out of bed.

It snowed! But only enough to make the roads slippery and not enough to not go to school. Frustration.

I sent a boy out to start the truck. He got sidetracked. Frustration.

Someone spilled hot chocolate on the couch. Frustration.

We drove to school in near silence. All of us stewing over the various things that annoyed us that morning. None of us laughing or singing along to the radio. Instead we were sulking. Tallying up the injustices of the morning. Blaming everyone else for how it all went down.

It didn’t take long for me to realize this was what was going on and that I was one of the biggest players. My annoyed voice had come out repeatedly and instead of hugging my munchkins that morning I flitted about like a queen wondering where my tiara was and why nobody was catering to me!

So what caused all of our frustration that morning? Sure, it was various things for each of us, but truthfully it all came down to one thing — unmet expectations.

See, the boys expected there to be milk in the fridge in the morning and when there wasn’t it brought out the frustration.

We all expected someone else to get up and turn on the heat in the morning so that we could roll out of bed once it was warm, but nobody did.

The hope of a snow day when they looked on the front lawn took over and when I announced that there most definitely WAS school, their expectation of frolicking all day was stolen and they were left angry.

When I spoke that the truck needed to be started, I expected that it would happen and when it didn’t, well, my expectations were dashed and I was mad.

But here’s the thing — people will let us down. Our families won’t always perform just the way we want them to. Our friends won’t always be there for us and humanity in general is going to drop the ball on the ways we’ve conjured up in our minds that they should perform.

But so will I. I will let you down. I will not meet your expectation. I mean, sometimes I don’t even meet my expectations of myself!

And when we have this picture of what should happen and it doesn’t. Well, it doesn’t go well. Our ideas get shattered, our notions dashed and our very picture of life gets crumpled up into a giant heap of “not what I want.”

So we pout. We sulk. We wage war against those who didn’t do what we wanted them to.

It’s easy to assume we should simply lower our expectations of those around us to compensate for this little problem within humanity, but I don’t think that’s the right way to go. Lowering our expectations doesn’t release anyone, it just changes it.

I think instead we need to see all as a gift. Each morsel of our day the prettiest package. Each moment in time complete with ribbons and bows. Shiny. Glittering.

Because if we opened our fridge each day and thanked God for the milk that was in there we wouldn’t be near as grouchy when it wasn’t.  Gifts aren’t a requirement, they’re a bonus. So if we see milk in the fridge as a bonus then we’ll rejoice when it’s there. We’ll high five and fist pump the full milk jug and if it happens to not be there one morning… well, then we’ll maybe find some bread and some peanut butter and we’ll smile and nod and mutter, “oh yeaaah,” under our breath because the bread and peanut butter is the gift for today.

Likewise, if we looked out the window and we saw the gift of snow we would beam. We would marvel at what God poured down on us while we were sleeping so soundly. We would look out at the world, so lovely and calm, and know that the saviour was there showering us with his love. Covering his already glorious creation with more beauty and we would whisper thank-yous instead of grumblings about not being able to stay home.

And if I looked at my children each day and I cupped their little faces in my hands and stared deep into their baby blues and I groaned deep gutteral thank-yous to Jesus for the very fact that they are here? Alive and breathing and rubbing the sleep out of their eyes? If I looked at their bed heads and their messy room and I thanked Jesus that they are active and creative and if I verbalized my thankfulness for their very presence here, in this place, on the couch with hot chocolate, then the spill would be no big deal because I have them snuggled next to me and that is a precious, precious gift.

We need to see the gifts. We need to open our weary eyes and know that God is all around us and he is blessing us in ways that we’re missing. We need to slow down and look deeply and rejoice! Because we’re alive enough to do so.

So it’s Christmas. It’s Christmas and I have an expectation of how I want our Christmas morning to be. I want excited children and parents with a twinkle in their eye. I want eggnog lattes and cinnamon buns and music playing in the background. I want the house dimly lit and the boys curled up on our laps and I want us to feel the very presence of peace in our home. I want love to abound and delight in Jesus to be the focal point and I want picture perfect moments that would make any grinch’s heart melt into a puddle.

But that’s a lot of expectation on a lot of sinful humans.

And let’s be honest, what’s more likely to happen is that the teenager will sleep in too long leaving the littles upset, and the cinnamon buns won’t rise just right and there will be music playing, but someone will switch it to Mumford and Sons mid-carol and my blood pressure will start to rise. I’m going to assume the 14-year old won’t be curling up onto any lap and when the little does he’ll probably spill the egg nog latte and I’ll make a snide comment about being careful and huff off to grab a rag because no one else is hopping up to help. Then we’ll rip open presents and someone won’t have gotten just what they wanted and there will be a sense of disappointment in the air and I’ll take it as a personal attack on my entire mothering life and I’ll spew some rant about how it’s not suppose to be about gifts and, “do you know there are children in the world who have nothing! Maybe we should take it all back and…” and there won’t be peace anywhere because I’ll have treasured the expectation more than the moment and in so doing I’ve completely forgotten about Jesus.

I want to say the same after the hot chocolate gets spilled and the arguing amongst siblings ensues.

My child, come. Come and see the gift of family. Of warmth and of snow. Come and look with me at the wonder of Jesus and marvel at his glory that our hearts may be inflamed with love for him and that it would pour out onto everything around us.

Let’s be thankful this season. For all of it.