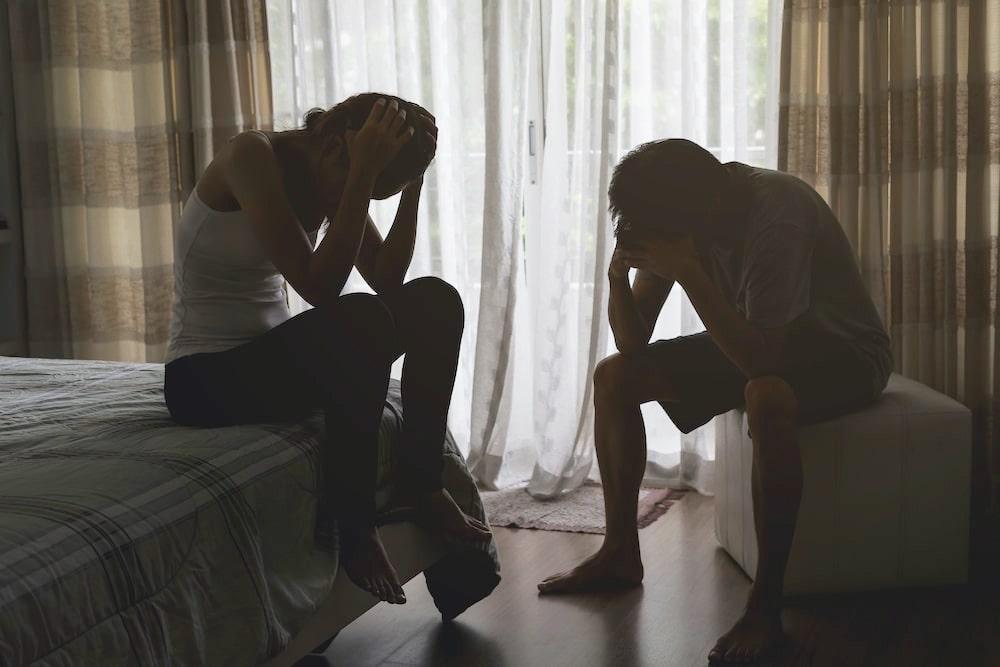 I got married really young. I’d just turned 19 and she was barely 18. It was our chance to get out on our own, out from under our parents’ roofs. We were going to prove to the world that we were meant for something more.

Shortly after we started dating, she let me know that she was pregnant and that the father had bailed on her. I had this complex where I needed to prove to myself I was important. If I could be somebody’s hero, then I would really matter. So I committed to raising the child as my own. After knowing each other for only four months, her daughter was born and we went ahead and got married.

I believed I could create this wonderful home with the white picket fence and be this great dad and husband and provider. Things were great at first. At the age of 21, I became the youngest manager ever in a restaurant chain. We got our own apartment and drove an Audi. Her daughter knew and loved me as a father. A few promotions later, we bought a beautiful rancher in a nice suburb. The American dream was lining up for us. We were living the life. But there was still this unhappiness, like a buzz in the background that never went away.

A few years into our marriage, we found out we were expecting a child. A lot of the tension and unhappiness started coming to the surface. I discovered years later that the “private high school” she said she attended was actually a mental institution. The challenges of being pregnant started to exacerbate her mental illness. That’s when things started to get out of hand. She began doing drugs: marijuana, ecstasy, cocaine, and meth. She would disappear for days and I wouldn’t know where she was. She would travel hours just to go do drugs with people. Eventually, she got hooked on heroin. Her life became all about the next fix.

I was still living with her, but I know now that I was enabling her, hoping I could somehow solve her problems.

Once my son was born, things really started to go downhill. The final straw was when I was hanging out with some friends and one of them pulled me aside, gesturing to another friend, and said, “How can you hang out with him? You know he’s messing around with your wife, right?”

It turns out they had been sleeping together for quite some time. Soon she couldn’t hide her new pregnancy any longer. Since we weren’t having sex anymore, I knew it wasn’t mine. About a month and a half later, I came home to find them making out while the kids were playing in the same room.

I was done! So I made sure she moved out.

It took over a year for the divorce to go through. At one point I went to pick up the kids and she opened the door naked. I could see lines of cocaine and there was a bong, which her daughter called a “flower vase,” sitting on the table.

I immediately took both kids to live with me. She took about a week to sober up and realize what had happened. Then she played the system, going to the police, claiming that I was abusing the children. The police had no choice but to come and take the kids from me and put them back into her “care.” Things were cleared up in court a few days later, but by then she’d disappeared and I didn’t see her or the kids for seven months. Until one day, she reached out to my sister for money, which allowed my parents to locate her.

When I finally got my kids back, they were extremely malnourished, and my two-year-old son was very developmentally delayed. My heart sunk when I saw them, but I was so happy to have them back! Shortly after that, I got full legal custody of my son. My step-daughter ended up staying with my parents, who loved her as their own and eventually legally adopted her.

I don’t know where my ex-wife is today, but my hope is that she finds hope and healing and stability, and that she learns to dream again. I can say that I have truly forgiven her and have let go of my bitterness. Of course that doesn’t erase the fact that her choices have caused the children and I to walk an incredibly difficult road. But I do wish the best for her.

It’s not like I was the perfect husband. I failed in the marriage too. I wasn’t really there for her. I was working 70-plus hours a week, chasing my dream of success. Driven by a need to be someone significant, I was going above and beyond to get promotions and bonuses.

I’d come home exhausted and was a selfish jerk. I’d think, “Where’s my dinner, why aren’t the clothes washed?” I would sit in front of the TV and didn’t play with the kids much. I really wasn’t there for her emotionally. I didn’t even know how to connect with her on that level. For me, it was all about what I was sacrificing for the family. She must have felt incredibly alone.

Getting divorced didn’t fix my insecurities. I was still crippled in my ability to be emotionally intimate. I brought my broken self into my next few relationships, which also failed. It has only been in the last few years that I’ve learned to deal with these deep-rooted issues. I’m now engaged, and it has been so freeing to be able to give my fiancée the kind of love she needs and deserves.