The Dark Secret Happening Amongst Us 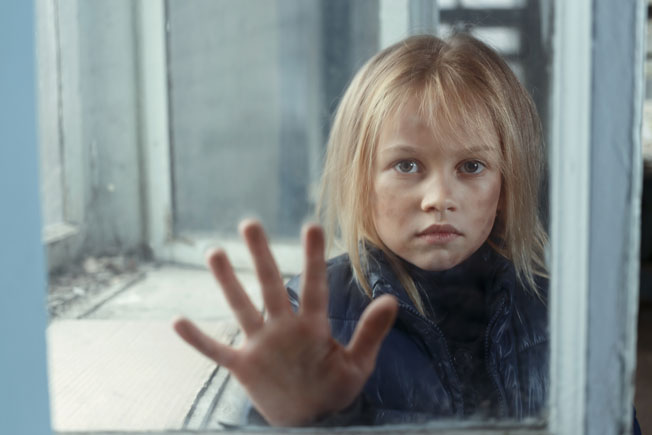 I remember the day I discovered that little girls were being sold for sex. I sat in stunned silence staring at my inbox message wondering how anyone could do such a horrible thing to precious children.

It was 2008, and I remember thinking, “How could this be going on today?” And how was I just finding out? You may have had a similar experience the first time you heard about sex-trafficking happening around the world, or even in your own backyard. You may have also staggered at the thought that an estimated 27 million people around the world today are in slavery, with 80% of those being women and children sold for sex. Like me, you may have wondered how it is possible that during our century, on our watch, there are more people in slavery than at any time in the history of the world!

But the next question I asked has been the harder one to ask. And even more difficult to answer, “What can I do about this enormous problem, little old me?”

What Barb did about this enormous problem

I asked this question, and just like God, He was ready with an answer. The very next Sunday our Church announced a short-term trip to Cambodia to work specifically with children being sold for sex. My life forever changed that day when I said “yes” to God as it launched me into a darker world than I could ever imagine, and yet one filled with God’s light and hope. As an author and speaker on the topics of sexual bonding, trauma, and healing, God had already begun preparing me for this new venture. Yet I knew that what I would learn and the stories I would hear would exceed anything I’d known previously.

Since that momentous day, God has led me to Cambodia four times; three of those times leading teams from our church to work alongside an organization called Agape International Mission. They rescue girls from sex-trafficking and provide a safe home as they heal. In addition, they work in a community where when they began, most of the children (boys and girls) were being sold for sex, many by their parents. But the transformation that God has done in just a few years in that community is remarkable; currently they estimate that the number of children being sold has dropped by half — a huge victory, and yet so much more to do. Another door has opened for me, this time to be involved with a local organization that runs homes for minor girls coming out of the sex-trade called Courage Worldwide. In addition to being on their board, I’ve also led training workshops, and I work with the girls at the home.

What can I do about this enormous problem?

I know that we can’t all go and physically rescue girls from sex-trafficking. But there is one way that we can help, right now, in our own home. We can stop watching pornography.

“Why?” you may be asking. “What does pornography have to do with sex-trafficking?”

Pornography is the key element traffickers use to groom, train, manipulate, advertise and sell their victims. Pornography is essential and integral to the sex-trafficking industry. I know this is a difficult thought to grasp. I often see the doubt and questions on people’s faces when I am speaking about this and say,

“If you’re watching pornography, you’re contributing to the sex-trafficking market.“

I spoke recently at a youth conference to a packed room who I sensed were connected to what I was saying about sex, bonding, and marriage until I started talking about pornography and sex-trafficking. The atmosphere in the room changed instantly. I felt the group disengage and become uncomfortable and antagonistic. One young man couldn’t keep his thoughts to himself and began debating the issue, with really good questions.

“They aren’t really forced to do it, are they?”

But the answers may surprise you.

Because they surprised me.

Pornography is the Church’s dark, secret.

Watching pornography devalues and damages our view of sex, men, women and children, and promotes sexual violence against others. As I’ve helped men and women heal from their sexual pasts, pornography is the one predominant recurring subject. I’ve seen and heard the stories of devastation, betrayal, mistrust and shame resulting from addiction to pornography, either before or within marriage. And while the pandemic of sex-trafficking seems to be far removed from the issue of pornography, I believe that God is orchestrating healing and redemption for His Church and rescue and healing for the victims of sex-trafficking simultaneously by bringing the darkness of pornography into the light. Pornography is the Church’s dark, little secret. Pornography is a way for our Christian youth to ‘save’ themselves for marriage, or so they think and tell me. However, pornography is the enemy’s way to keep us thinking that we’re not hurting anyone when we watch pornography — because after all, those in the films are willing participants.

But now you know.

So the question is,

What are you going to do now that you know?

I’m not trying to shame you, or judge you, honestly. God knows how addicting pornography is, and He sees your struggle and wants to set you free. But you have to take the first step to get help today — the most difficult step of all. Because you see, it’s not just about you anymore, now that you know. There are millions of women and children who are counting on you, on us all, to rescue them.

Now that you know.