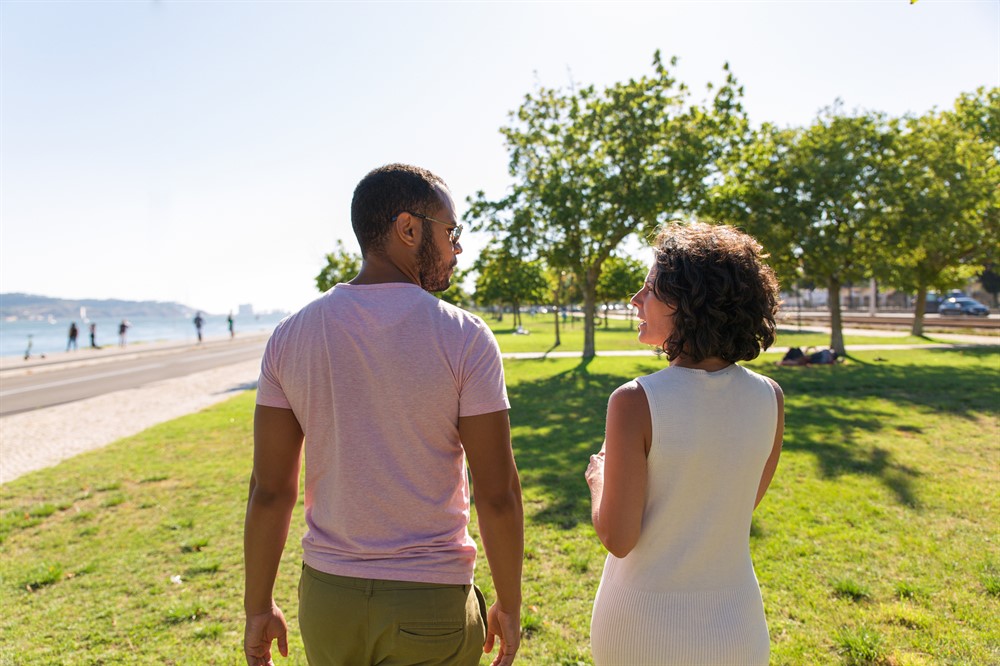 Before diving into the topic of conflict, one thing to understand is that conflict is absolutely normal and to be expected in marriage.

One of the pitfalls to a conflicting conversation is that we tend to believe that our ideas, logic, and reasoning make the most sense. We tend to be a little short-sighted and think that only our perspectives must be valid. In these situations, we often fail to realize that our spouse actually has the exact same opinion regarding his or her own ideas.

In the case where our ideas and opinions differ, Dr. Gary Chapman explains: “Their logic will not agree with your logic and their emotions will not mirror your own. Our ideas and perceptions of life are influenced by our history, our values, and our personality.” In marriage, you can expect there to be differences of values, opinions, and ideas because each spouse has a different family of origin.

When we encounter these differences (and realize our opinion is not the only “right” opinion) it can lead from frustration to irritation to marital blowouts. In these moments, there are two ways marriages can proceed. One, you can let conflict ruin your day, week, month, year, and marriage. Or two, through the conflict you can discover how to better love, nurture, and encourage one another. From my own personal experience, I know which option I’d rather pick — number two.

In the first year of our marriage, my husband and I had our share of standard arguments. At times, I was surprised that my husband didn’t understand me at all. From his perspective, I drove him bonkers by how illogical my thinking seemed to be. So we’d hammer back and forth both trying to get our point across. One time in the middle of one of these blowouts, he listed all the things I did that made us argue. I was shocked! After hearing his list I burst out laughing because everything on his list was exactly the same as what I would’ve said about him. This was a major breakthrough for us — we learned to listen.

Solving conflict in wisdom involves listening and understanding. Here are some questions we can ask ourselves:

Understandably, it’s hard to be a good listener in conflict. However, listening really is the key to not having an argument. It takes laying aside our prideful thoughts and the notion that we’ve got the best way all figured out. It also takes recognizing that there are multiple (and equally valid) ways to look at something. There are more options than our own ideas!

Here is a thought to keep in mind the next time there is a conflict to address. Instead of saying, “Honey we need to talk,” which immediately raises our defensive guards, try “Honey, I want to listen.” Then instead of sharing first what you wanted to address, ask the other person for their viewpoint on [insert potential conflict item] and just listen. Ask clarifying questions. Really try to understand why that view is significant to them. Maybe that’s enough to clarify the conflict you thought you had. But if not, take your turn to share next as the other listens. Once both sides have a good understanding of the whole issue, there are three places you could possibly meet:

1. Meet on their side — This is to agree and comply with the other person fully. You do this out of love and respect and in laying aside what you want. You do not hold this as an item to be resentful over later.

2. Meet in the middle — This is a compromise. But it’s not so much that you have to “give in” to a mediocre solution; rather it’s discovering the best solution for both individuals.

3. Meet later — This is agreeing to disagree without a loss of love or acceptance for each other and deciding on a later date to re-visit the issue. It could be that in a week or in a month the issue just resolves on its own.

In looking back at our first year of marriage, I am thankful that we had some arguments that helped us learn more about each other. We weren’t at each other’s throats all the time, but we definitely had to work through our differences. When I look ahead in our marriage, I am excited to go deeper in our understanding of each other through listening.