Sexless Marriage: What to Do? 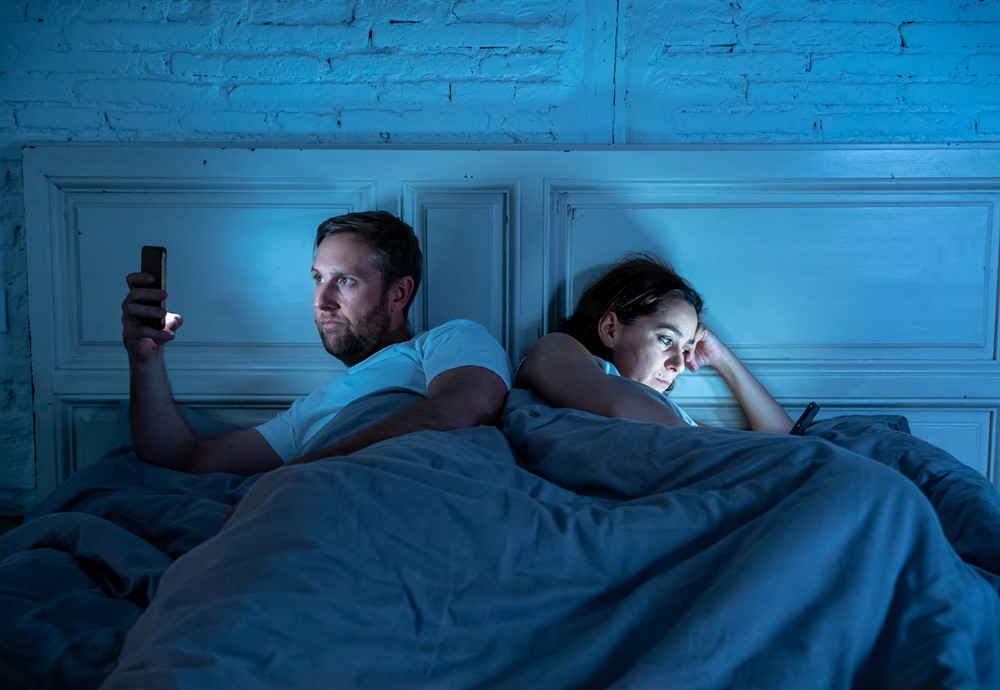 When a marriage is sexless because one partner simply does not want sex, it can lead to deep hurt for the other partner. They can feel unattractive, unwanted, and ultimately unloved. They might wonder, “Do they still love me?” A sexless marriage can devastate a relationship.

It is common for either the husband or wife to not want to have sex, but the reasons and motivations can vary. No matter your particular situation, relationship expert, Sheila Gregoire, offers sound advice and practical tips in the videos below for navigating both situations.

When the Wife Doesn’t Want Sex

In most marriages, the husband has a higher libido than the woman. In some marriages, about 25-35 per cent, it is the opposite. But in most instances, the guy wants to have sex and the woman just wants some time to herself so she can get some sleep. Why is that?

A lot of it is the way men and women are made. Men are physically wired to want sex more often than women. But that doesn’t mean that you as a couple shouldn’t be making love more often. A lot of times a woman switches off sexually because she finds it boring, it doesn’t feel that good, and quite frankly, she feels everyone is putting demands upon her and she doesn’t want her husband to do that as well.

But, when a woman withholds sex, she is withholding something extremely important to him. So ladies, please understand he is not being unreasonable, he is not an animal, he is not perverted, he is not gross or pathetic if he wants sex often. Think about it that way and try to be loving and try to reach out to him.

But how can you do that if as a woman you find it boring? Guys, this is where you can help. Is your wife really enjoying sex? Because if she isn’t, it may be because it takes a long time to warm a woman up. For guys, they can be ready right away. The woman needs time to feel good. Set a timer for 15 minutes. Agree that you are not going to do anything except cuddle and touch her for those 15 minutes. Don’t do anything for yourself. That way, you will learn how to make her feel good, if you take the time to find out. Help her show what feels good to her, because sometimes women are a little bit scared or shy about that.

If you are the woman and you are thinking that you really don’t want to have sex because you are tired, it’s boring, and you’d rather get some sleep, think about it this way. Most women do not feel aroused until they start. So when your husband begins to make love, you are not yet in the mood. Most men feel aroused before they start, whereas women may not be ready until the couple is halfway through.

So do this as an experiment tonight. Ladies, just jump in, even if you don’t feel like it. Put your whole self into it — your mind, your body and your soul — and chances are, within a few minutes, you will start enjoying each yourself. You may feel tired at first, but jump him. I dare you. You may find you enjoy it, too.

When the Husband Doesn’t Want Sex

OK, girls. You see these movies where the guys are crazy about sex and want to get their girls in bed, and these women have to be persuaded. But in your marriage, it is the exact opposite. You want to make love, but your husband doesn’t seem interested in all. You ask yourself, “What is wrong me? What is wrong with him?”

I know it seems the whole world rates the man’s libido higher than the woman’s, but actually in about 25-35 per cent of marriages, it is the opposite. She has the higher sex drive. So what’s going on? And what can she do about it?

It could simply be stress. A guy who is under stress — say he is unemployed — can really affect his libido. It could be relationship issues. Watch how you talk to your guy. A guy needs to feel that you think he can take on the world. If you are constantly criticizing him, correcting him in public, you can be emasculating him. So watch for that.

The last reason could be simply a lack of friendship. You don’t have a relationship. If you live in the same house but you spend your whole life talking about who’s going to pick up the kids, who’s going to get the milk, who’s going to take mom to her dentist appointment, then there is nothing to build upon.

There could also be a physical reason, so if you think that is the case, encourage him to see a doctor. Some men do suffer from low testosterone.

But in general the issue is usually relational. So, what can you, as his wife, do about it?

If it isn’t pornography, but is either stress, or how you talk to him, or lack of friendship, what you are going to need to work on is the friendship. No matter what the issue is, everything comes back to friendship. Just spend time together.

Do something together. If he likes watching hockey, watch hockey! If he likes to go fishing, go fishing. You may not like it, but you get to spend time with him. When guys are doing something they like, they are more inclined to talk to you. If you talk, if you build your friendship, the rest is going to come together.

I know these magazine articles tell you the way to get him to make love to you is to buy all this lingerie and sex toys, and to try to be sexy. But it’s probably not a sex issue as much as it is a relationship issue. If you build that goodwill in your relationship, and if you feel like you are on the same page, then it is much easier to address the other issues in the relationship.

Deal with the friendship first and the sex desire will return.