Recovery From The Guilt of Sexual Past 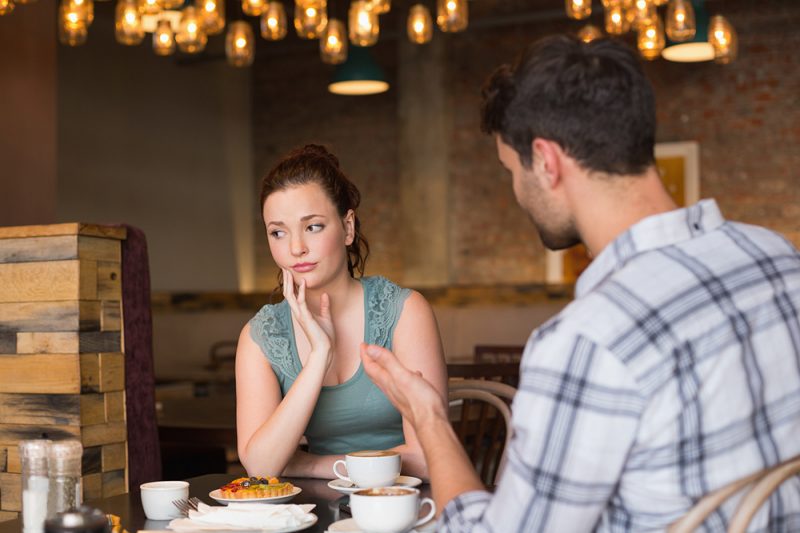 Today I am speaking to women who find initiating sex (or even thinking about sex) hard because of guilt from their past.

In my research for The Good Girl’s Guide to Great Sex, I conducted several surveys. One thing I found is that less than half of Christian women are virgins on their wedding night. And more than one third of those women expressed major regret over that. It’s really impacting their relationships now.

I received an email recently from a woman who is living with this guilt. Here’s a synopsis of her email:

I had a great number of sexual partners before I met my husband, starting in my early teens. I had a horrible upbringing. He didn’t have as much experience, but he did have some bad habits when we met. Our engagement was short, but filled with pre-marital sex almost from day one. Our entire dating and engagement period, even our wedding, feels like one big shame to me. I can’t even look at pictures of us when we were dating because I feel so disgusted, knowing what we were doing. I don’t like looking at our wedding pictures either. Since the honeymoon, sex has been strained, always. I feel that I can’t trust him. He was willing to take anything he could before we were married. True, I wasn’t stopping him, but that doesn’t help now.

He once asked me, “Why was the sex so great BEFORE we got married?” (as if to ask what he was doing right at that time). I told him we shouldn’t have been doing that in the first place, and I have no fond memories of our pre-marital sex, although I suppose it was compelling at the time. It just makes me feel like he doesn’t understand what happened. Very discouraging.
Why does sex feel wrong AFTER the wedding?

She goes on to say how she wants to initiate, and she wants to make her husband feel loved, but she just doesn’t enjoy sex with him very much, because it still feels wrong.

Can you relate at all? Even if you can’t, please read on, because some of your friends probably might, and you may be called upon for some advice in this area one day! Most of us, after all, aren’t virgins anymore when we marry. That is really wreaking havoc with our sex lives now.

Here’s what I said to this woman, and here’s my message of hope for you who are in the same situation.

First, you’re right that what you did before your marriage was wrong — both with him and with other guys. That sex caused scars and baggage that created the difficulties in your marriage now. That is why God has parameters for healthy sex inside marriage only. The good news is, He is a God of hope, forgiveness, and healing.

Now the past is over! When you married, you became one person, not two different people anymore. You are different in God’s eyes. And remember that He has already paid for all the things that you did. He has erased it; now it’s time for you to erase it. Yes, you did something wrong. Yes, people seriously took advantage of you (and it sounds like they hurt you in the process). But please do not let that become your identity. You are more than that. You are precious. You were bought at a price.

If you keep feeling shame and anger at yourself and your husband, then you’re not really giving that sin over to Jesus to cover. You’re saying, “What Jesus did isn’t big enough for me.” But it is!

You will always have regrets about your wedding night (I do, too, for different reasons). It is a letdown. It is a disappointment because you had tainted it before. But nonetheless, that is in the past. You don’t want the past to impact your future.

Time for a New Start

You need a clean break, where you start allowing yourself to associate sex with something completely new. Here is the problem: when we give ourselves to people we’re not married to, sex becomes something dirty, shameful, and focused solely on the physical. When there is no commitment, sex becomes a way to say, “I want to feel good,” and that’s it. Sex was intended to feel good, but also, even more important, to say “I love you.”

Deep down we know that sole focus on the “feel good” is not right. It creates a deficiency, which gives way to shame. Then the whole idea of “feeling good” becomes something shameful.

You need to rediscover what making love really is. When we give our bodies away as teenagers, we teach our bodies that sex is solely physical, and that it’s something cheap, that we give to try to get something in return (a boy to love us; someone to tell us we’re beautiful). It becomes a commodity rather than an expression of love.

Try to make sex into something that is new and beautiful. Take baths together and just touch each other. Lie naked together and explore, just with your fingers. Cuddle naked and talk about memories, about dreams. You can even read a psalm together! Make nakedness and intimacy something that is beautiful, rather than dirty or shameful.

Try to spend some time, in bed, just kissing, rather than “getting to the main event.” You take the initiative rather than him, and focus on trying to kiss him to show him that you love him, rather than just to get him aroused. (You’ll likely find this gets you far more in the mood, too.) Practice touching to say, “I love you.”

Tell him what you’re doing. Pray about it. Go before God and tell God that you’re sorry for what you did before your marriage, but you want a new start. And ask God to help you get that new start.

Then walk in it. Ask yourself every day, “How can I tell him, I love you in a new way?” Challenge yourself. Do this inside the bedroom and out. As you start focusing on your connection, you’ll find your sex life takes a new turn. It’s not just about that physical rush; it’s about cementing a bond. Don’t focus so much on, “I have to have sex with my husband,” as much as you’re focusing on, “I want to find new ways to feel love for him and show him love!” Be patient! It takes time, but it is worth it.

This change won’t happen overnight. It takes time and effort to retrain your brain to think of sex in a new way, especially when you have a lot of scars. Jesus is big enough for your scars. And He wants you to enjoy your husband. Don’t let sin which has already been forgiven rob you of a great marriage now. Commit yourself to moving forward, and ask your husband to commit, too. Then make it into a game to find new ways to express how much you love him. Kiss him a bunch of different ways and ask him which one makes him feel the most loved. Ask him to do the same to you. Make it fun! And you just may find that your body reawakens!

Get a Free Marriage Series Today
(This five-session, video-on-demand series, includes the session:
Sex – How Can Something So Good Be So Complicated?)