Play: The Four-Letter Word You Can Add to Your Marriage 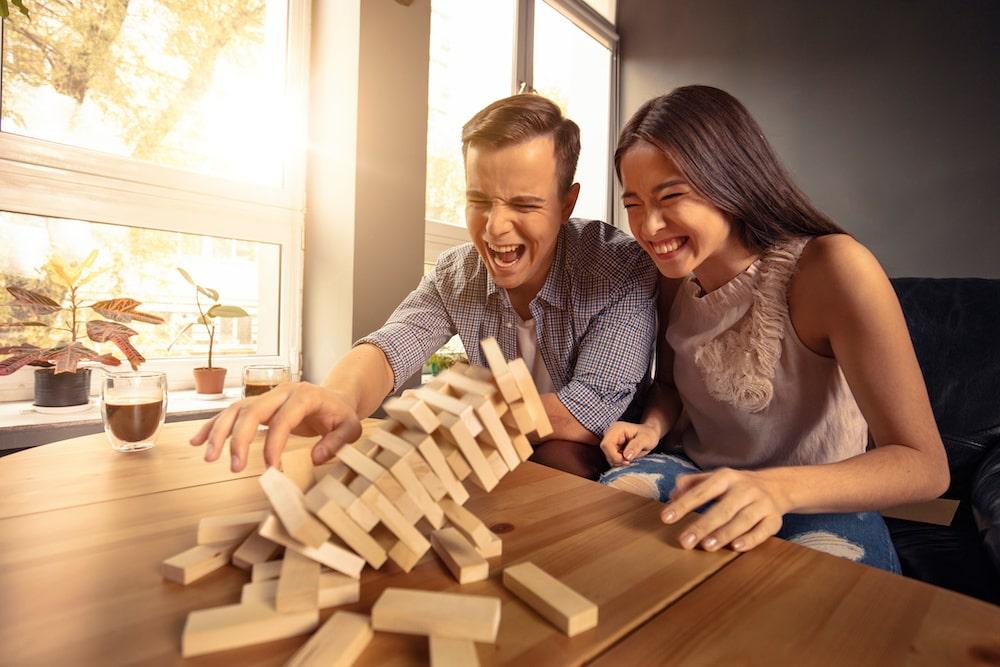 Did you know that there are huge psychological benefits to play in your marriage? Sadly, many adults forget how to be playful with one another and instead live a life of work, work, work. If there isn’t much play in your marriage, you’ll probably find that you just don’t enjoy your relationship as much as you’d like to. So, to help you out (since that’s what I love to do), I’m going to tell you about the benefits of play (especially in marriage) and give you some thoughts on how you can have a little bit more of it.

Play Increases Your Ability to be Creative

Why would creativity be important in marriage? Think back to your last ugly argument or annoyance you had with your spouse. When we lack creativity, we lose the ability to problem-solve. When you can’t solve your couple problems, you start to believe that your marriage is harder than most people’s or that just maybe you married the wrong person. You begin to think that the reason your marriage is tough is because you always argue. Not true, friend. Arguments are quite a bit less painful when you figure out how to come to a solution together and learn how not to have the same argument later. Creativity plays an amazing role in allowing you to think outside of the box, be a team, and fight your problems instead of fighting one another.

People Who Play Are Happier Than Those Who Don’t

This is one of those “well, obviously” type ideas, right? But since researchers love looking at the obvious, it has been proven that happy people like to “fool around a lot.” (Want more info on that? Check out Brene Brown’s book, The Gift of Imperfection.) If it’s been a while since you played and you’re just not sure how, know that laughter is typically involved. We also know (again because of scientific research) that laughter boosts your immune system, relaxes your entire body, releases endorphins, and provides a protective barrier against heart disease. If the two of you will boost your personal happiness you will, by default, boost your marital happiness as well! That’s what we call a win-win.

Play Builds Friendship in Your Marriage

When you were a child, you built your friendships through playing games with other kids. In fact, play is the way kids learn to understand their world. Somehow, we often forget about the ability to learn through play as we get older and as responsibilities take over. Friendship with your spouse is one of the best ways to feel bonded and connected and that friendship will always grow when you play together.

Ways to Play Together

Research doesn’t just show us that play is important in all the ways I’ve already described. It actually speaks to how to play together as well. Specifically, two types of play (other-directed and intellectual) are key to relationship satisfaction. This means that when you can come up with activities that are intellectually stimulating and if you purposely invite your spouse to play with you, you’re more likely to feel happy in your relationship.

Here are some ideas for having more fun and play in your marriage:

Play really is just about enjoying the moment simply for the moment. Your only goal is to have fun together.

So go ahead… grab that water gun, sneak up on your spouse, and have a little fun this weekend.

May your marriage be filled with fun and enjoyment!