Moving Beyond Artificial Intimacy in Your Marriage 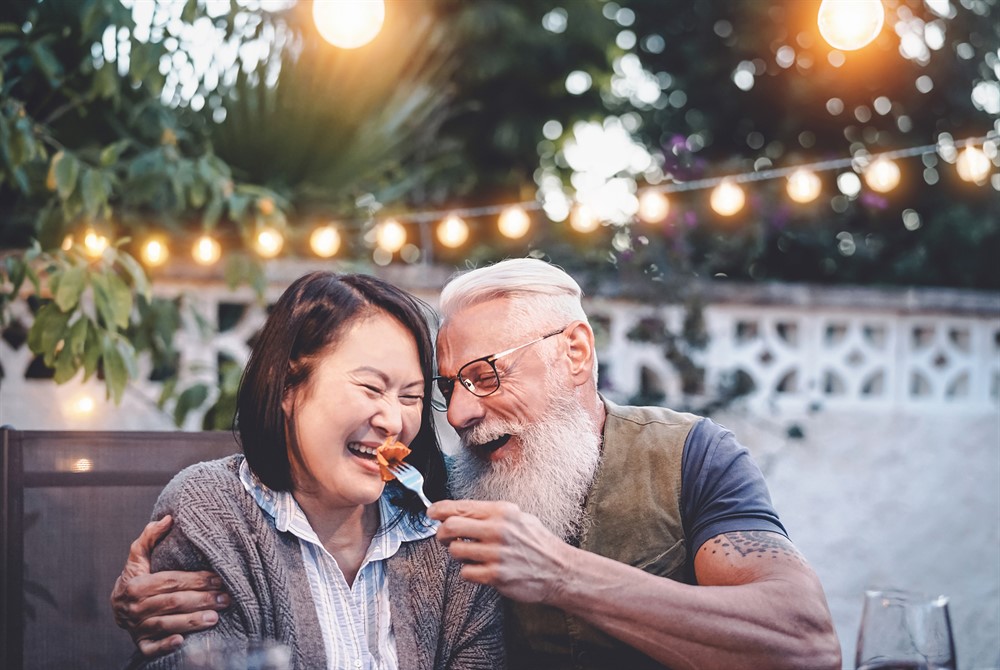 Why do couples who are convinced they have found “the one” end up divorcing each other just a few years (or sometimes a couple decades) into their marriage? There was a time when they couldn’t imagine being apart for five hours; now they can’t bear the thought of being together for five minutes. What happened?

In many cases, the relationship existed only on what I call “artificial intimacy.”

True intimacy, that sense of “oneness” that we all seek, has to be pursued and built rather than simply discovered and felt.

Artificial intimacy is sustained by the common events of life, but usually comes to a huge crash as soon as the couple enters the empty nest years if true intimacy hasn’t replaced it.

Artificial intimacy begins with the onset of infatuation, a “grab your brains with a vengeance” neurochemical reaction that makes us virtually blind to our partner’s faults but is notoriously short lived, with a shelf life of about 12 to 18 months.

In addition to infatuation, early relationship “compatibility” is also enhanced artificially via sexual chemistry. When infatuation and sexual chemistry are strong, compatibility, or incompatibility barely even register. You both feel crazy about each other, you can barely keep your hands to yourself — how could you not be compatible? You don’t even really have to do anything to sustain your desire for each other; just being alive makes you feel compatible. And so, on this basis, and often on this basis alone, the couple decides to get married.

When Spring Turns to Summer

When a couple begins to move toward marriage and set a date for the wedding, even though the initial artificial intimacy may be on the decline, planning the ceremony gives them something in common and keeps them going. They plan it, talk about it, and divide up tasks to make it happen. This is “intimacy” of a sort, but it’s a superficial intimacy, the intimacy of co-workers, not life-mates.

Once the couple gets back from the honeymoon, they will start setting up a house, move into a new apartment or neighbourhood, and try to join two lives. That also joins them in a common task and gives them something to talk about.  What colour should we paint the bedroom? Do you think we’ll be here long enough to bother with planting trees outside? Where’s our new favourite hangout?

As life moves on, just when things could get boring again, the couple is likely to start raising kids. That’s a big thing to have in common and requires a lot of communication. You go to childbirth classes, you build a nursery, you raise the kids, and then you have to communicate to get the kids to the right places. You share your kids’ failures and successes. Eventually those kids repay you for your faithful service by growing up and leaving the two of you alone together.

That’s when you find out how much intimacy you really have.

At the start of the relationship it was just infatuation and sexual chemistry. Then it was the joint task of planning a ceremony. Then, setting up a home. After that, raising kids. In days past these life events could take marriages to the doorstep of death and eternity, but modern couples can blow through these stages of life in two and a half decades, often leaving another 30 years or more of marriage to follow. That’s a long time to be lonely and to live with a familiar looking stranger. If you haven’t consciously built true intimacy, the relationship is going to collapse right at this point.

Some couples have to wake up to the reality that they’ve been living relationally on shared tasks, not shared intimacy. They haven’t prayed together. They haven’t shared their dreams. They haven’t carried each other’s burdens and then built that all-important empathy for each other. They’re teammates, not spouses, and now that the season is over, what’s to hold them together?

When couples get divorced and start over with someone else, the second relationship initially feels more fulfilling than the first because, once again, it’s existing on artificial intimacy: infatuation and sexual chemistry retake their place on centre stage, the two once again enter the relationship building of sharing past histories, planning a ceremony, setting up a new life together…. But the same dynamics will bring this affection to an end as well if the couple doesn’t consciously build true intimacy.

One of the main messages of my writing/speaking career on marriage has been this:

Just as importantly (and herein lies the hope), you can also begin “re-making” it at any stage.

If you wake up to the sobering reality that you’ve existed on artificial compatibility, that doesn’t mean you can’t begin to build true intimacy. True intimacy can be pursued at any stage of marriage. It would be much better for everyone involved if, instead of seeking a divorce and building yet another relationship on artificial intimacy, the couple chooses to begin building true intimacy, with God as the centre of the relationship.

I can tell you this: the level of maturity it will take to rebuild a stale marriage instead of killing it and moving on can lead to some of the most transformative growth of your life. It will require hope, courage, patience, honesty, understanding, and perseverance — all key virtues for a Christ-like life.