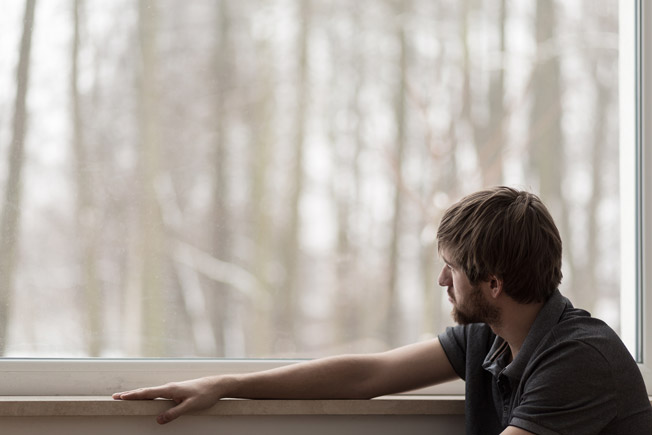 Would you want a shortsighted person to drive without his glasses on? What about someone who has just broken her leg — would you expect her to run a marathon? Mood disorders, such as depression, anxiety, and bipolar disorder, are physical conditions, much like shortsightedness and broken legs. Only mood disorders affect our thoughts and emotions — which are difficult for others to see and understand.

Dr. Mullen, a mental health physician, describes how important it is for people who suspect they have a mood disorder to get diagnosed and receive treatment. It may save their marriage.

Well, I’m a mental health physician, so this is of prime interest of mine. We know that 15 per cent of the population has a mood disorder and 80 per cent are undiagnosed and untreated. And so, mood disorders are an incredibly common cause of marriage conflict and marriage failure, but it’s one that people don’t normally talk about. They talk about the relationship incompatibility. But if a person has depression, anxiety, or bipolar disorder, this is extremely disruptive in a marriage. And so what I teach people is how to tell if they have a mood disorder and what to do about it. As most (mood disorders) are undiagnosed, untreated, and they’re fairly mild, but disruptive.

And these are exceedingly disruptive to a relationship, to a marriage.

The key is, if you have those symptoms — I have self-diagnostic checklists in my book, on my website. All my products have self-diagnostic checklists — go to a doctor and get it fixed. It’d be the same as trying to drive when you’re shortsighted just because you don’t want to wear glasses. So if there’s a mood disorder disrupting your marriage, get it fixed.

There’s a tremendous stigma in the Christian community about taking medicines for mental health, and the reason is this: the Bible says, “Take every thought captive and be transformed by the renewing of your mind.” So the assumption is that you’re in control of (your mind) and you should be able to take every thought captive by force of will. Well, if you have a mood disorder, you have lost the ability to control your thoughts, so that Bible verse doesn’t apply because you are physically incapable of taking every thought captive. So the Bible verse that applies to someone who has a mood disorder is, “You call the elders, anoint with oil, and pray for healing.”

So the trap that Christians fall into, and where they become so self-condemned, and where the stigma comes from, is they presume that if they would have enough faith, they could overcome their mood disorder just by sheer force of will and faith. They are not realizing this is a medical condition that needs medical treatment or divine physical healing. And so there’s an enormous stigma amongst Christians and a shame because they’re ashamed to come and see me to get treated for their mood. They say, “I have failed,” or, “God has left me. I’m not a good enough Christian. My faith wasn’t strong enough.” One lady said, “So, I’m stuck with you.”

So there is this stigma because we assume that moods are a faith issue, not realizing that they’re a medical issue that have faith symptoms. But it’s a medical issue, and if you go and see a doctor, get on the right medicines, your mind can clear and the problem can be resolved.