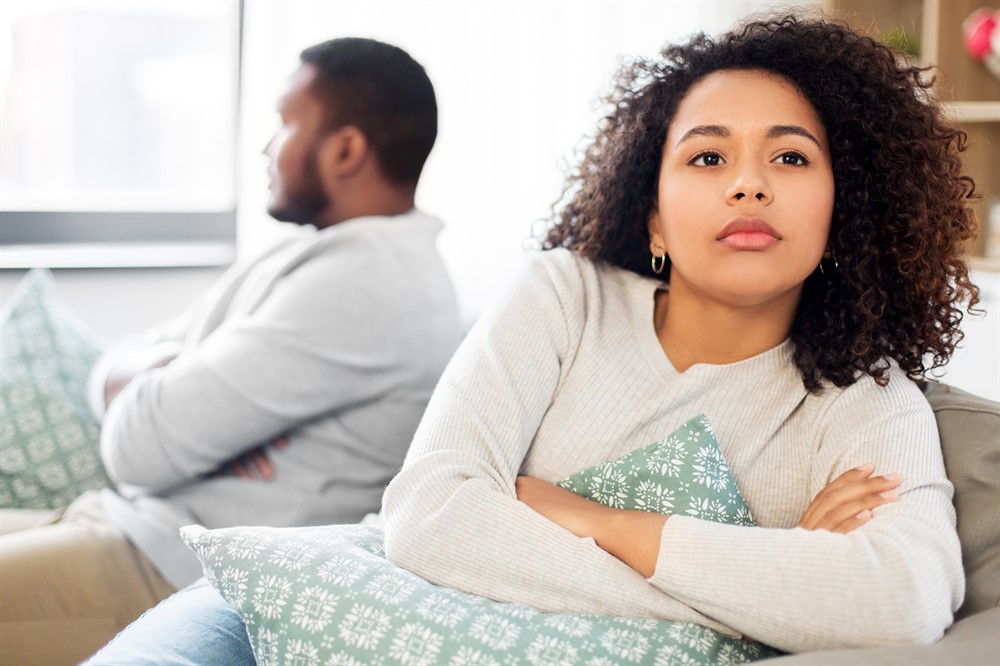 I’ve noted before how tough the first year of marriage was for me and Jacob, because we just seemed to fight constantly. I don’t mean any knock-down drag out fights, by the way. There was no physical abuse or verbal abuse. Nobody threw anything at one another or threatened to move out. But, there was an undercurrent of disagreement and discontent which permeated our married existence. The first year was TOUGH!

In hindsight, we really brought most of it and maybe all of it on ourselves. I can certainly say without hesitancy, I was a difficult woman to live with.

I know I’m not the only one who has had a time of discontent in marriage. In fact, since I work with couples, I can say conflict in marriage is an all too common occurrence. The good news is, you really can protect your marriage from heavy conflict. So, if you’ve been getting closer to the “we fight all the time” mark, read on to discover why it happens and how NOT to let it happen to you.

While there can be many reasons for conflict in marriage, there is an overwhelming “umbrella” reason for the conflict — expectations.

1. Expecting More of Your Spouse Than is Possible

Much conflict arises from the little annoyances which can come in a relationship. It may be your spouse’s forgetfulness when it comes to taking care of an important task, their inability to arrive anywhere on time, their habit of inviting people over without consulting you first, or their inability to keep your whites from turning pink when they do laundry. Anything you feel you do better than your spouse can turn into a little annoyance that later leads to serious conflict.

In fact, it isn’t unusual for couples to discover those things that used to be so endearing (“He’s so chill — he doesn’t stick to deadlines or allow himself to get worked up. Man, I need more of that in my life!”), can later turn into huge aggravations (“I swear, if that man ever gets anywhere on time I’m going to give him a medal”). Truthfully, some of these little annoyances may be things your spouse will just never be great at.

2. Expecting Less of Your Spouse Than They Actually Give

When you first started dating your spouse, you likely had on “rose-coloured glasses” and believed you had found a real winner. You saw all of the positive qualities, and if there were negative characteristics, you could dismiss them as unimportant imperfections. Unfortunately, after a couple has been married for a while, there’s a tendency to focus on the negative instead of the positive. In some cases, this leads to not even being able to see any positive in their spouse.

For example, some couples get in arguments based on simple miscommunication. Couples who “argue about everything” likely fall into this category of expecting your spouse can’t do anything well. They’ve come to the place where they start out annoyed with their spouse before a word is even said. When this is the case, a couple can have a difficult time even talking to one another without arguing.

How To Reduce Conflict

Luckily, there are some pretty effective ways to reduce the conflict in your marriage.

Remember Who You Married

Put those rose-coloured glasses on again and start looking at the positive. Take yourself on a 30-day journey in which you journal something positive from the day about your spouse. It can be anything you notice and enjoy. You can choose to share the list later or just keep it to yourself. The point, really, is to take 30 days to change your mindset and focus on the positive.

Believe the Best About Your Spouse

If you start out annoyed before you even have a conversation with your spouse, things just won’t go well. So instead, expect that your spouse is not out to get you. Expect your spouse loves you and wants your marriage to be happy. If you have an issue come up, refuse to speak out of annoyance, even if this means taking a small cool-off period. Remember, you’re on the same team and fight for the marriage instead of against one another.

Friendship is the best protective factor you can have in your marriage (even more important than a healthy sex life). Find fun activities to do with one another and implement a regular date night if you don’t already have one. Start a bucket list of activities you want to try or places you want to go and work together to achieve those goals.

Above all, remember to act lovingly toward one another. Love requires a level of sacrifice. It means giving of some of your own desires to meet the other person’s needs or desires.

If you’re really struggling with conflict, find a good Christian therapist to walk this journey with you.

For continued discussion about having unhealthy expectations of our spouse, listen to the following episode of the Marriage Talk podcast.