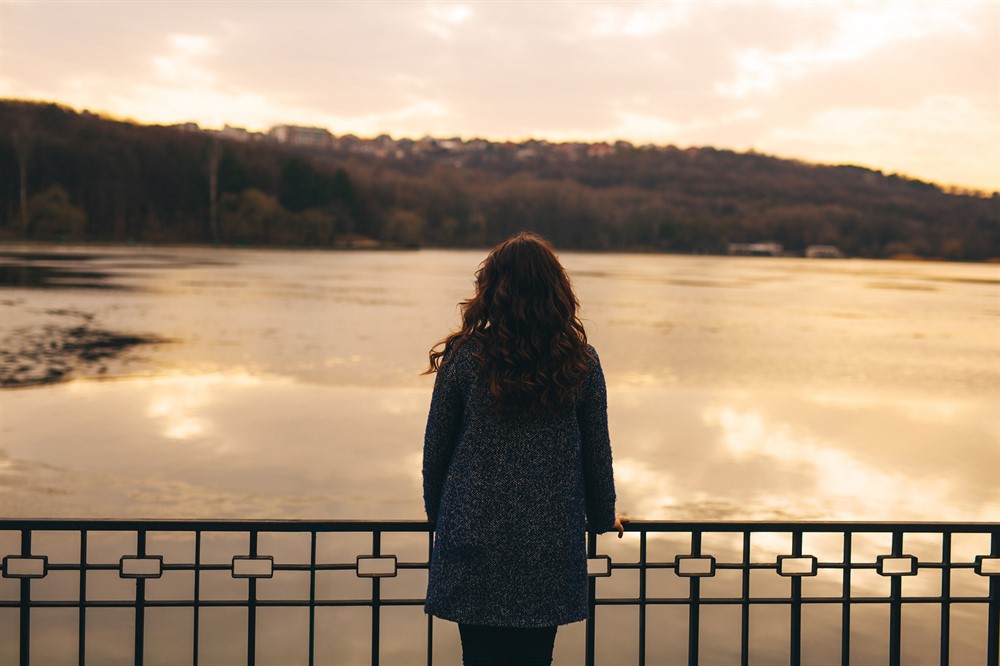 Editor’s Note: Gary is speaking about violence against women, because “7 in 10 people who experience family violence are women and girls.”

“If anyone comes to me and does not hate father and mother, wife and children, brothers and sisters — yes, even their own life — such a person cannot be my disciple.”

What does it mean to “hate” someone we are elsewhere called to sacrificially love? We are told to love even our enemies, yet Jesus here tells us to hate some of our closest family members. What could that mean?

Hatred here is Semitic hyperbole. In essence, it means “love less than.” There are times when our love and allegiance to God may be at odds with human loyalties; in those cases, love for God, His light and the way of truth, must always prevail.

It’s OK (actually, commendable) for me to love the Seattle Seahawks. But if my wife needs me to take her to the hospital in the middle of a game or needs me to pay her some attention, I have to act like I hate the Seahawks and not even consider my love for them in service to my wife.

Church, We Must Protect Women

Let’s apply this principle in regards to how the church views marriage and divorce.

I recently spoke at a long-standing North American woman’s conference and was overwhelmed by the quantity and horrific nature of things wives are having to put up with in their marriages. Between sessions, I was bombarded by heartfelt inquiries: “What does a wife do when her husband does this? Or that? Or keeps doing this?” It broke my heart. I felt like I needed to take a dozen showers that weekend.

This may sound like a rant, but please hang with me, as I think this conference was a divine appointment. I can’t get this out of my mind.

One wife began our conversation with, “God hates divorce, right?”

“So I’ve just got to accept what’s happening in my marriage, right?”

When she told me what was happening, I quickly corrected her.

“If the cost of saving a marriage is destroying a woman, the cost is too high. God loves people more than he loves institutions.”

This is monstrous and vile. This woman needs to be protected from such grotesque abuse, and if divorce is the only weapon to protect her, then the church should thank God such a weapon exists.

A young wife, barely in her 20s, held a baby in a blanket and looked at me with tears. Her husband has a huge temper problem. He’s made her get out of the car on a highway with her baby, twice. “But both times he came back for us,” she said in his defence when I looked absolutely appalled. They were separated and she was living with her parents. She wanted to know if she should take him back because his psychiatrist supposedly said there wasn’t anything really wrong with him. Her husband doesn’t think he has a problem that, in fact, the problem is with her “lack of forgiveness.”

They had been married only three years and she had already lived through more torment (I’m not telling the full story) than a woman should face in a lifetime. My thoughts weren’t at all about how to “save” the marriage, but to ease her conscience and help her prepare for a new life — without him.

Church, God hates it when a woman is sexually degraded and forced to do things that disgust her. It should also make us want to vomit.

When a young man is so immature he puts his wife’s and baby’s life in danger on a highway (amongst other things), the thought that we’re worried about the “appropriateness” of divorce shows that our loyalties are with human institutions, not the divine will.

Not Every Divorce is Sinful

Another woman told me about putting up with her husband’s appalling behaviour for over 40 years. I was invited to look in her face, see the struggle, see the heroic perseverance, but also be reminded that counsel has consequences. So when I talk to a young woman in her third year of marriage and it’s clear she’s married to a monster, and someone wants to “save” the marriage, I want them to realize they are likely sentencing her to four decades of abuse, perhaps because of a choice she made as a teenager. When these men aren’t confronted, and aren’t repentant, they don’t change.

Jesus said what he said about divorce to protect women, not to imprison them.

Divorce was a weapon foisted against women in the first century, not one they could use, and it almost always left them destitute if their family of origin couldn’t or wouldn’t step up.

How does it honour the concept of “Christian marriage” to enforce the continuance of an abusive, destructive relationship that is slowly squeezing all life and joy out of a woman’s soul? Our focus has to be on urging men to love their wives like Christ loves the church, not on telling women to put up with husbands mistreating their wives like Satan mistreats us. We should confront and stop the work of Satan, not enable it.

Look, I hate divorce as much as anyone. I have been married for 31 years and cannot fathom leaving my wife. I have prayed with couples, counselled with couples, written blog posts and articles and books, and have travelled to 49 of the 50 states and nine different countries to strengthen marriages in the church. By all accounts, I believe I’ve been an ambassador for improving and growing marriages.

The danger of what I’m saying is clear and even a little scary to me, because no marriage is easy. Every marriage must overcome hurt, pain, and sin. No husband is a saint, in the sense that every husband will need to be forgiven and will be troublesome and even hurtful at times to live with.

I’m not talking about the common struggles of living with a common sinner, or every man and woman could pursue divorce. (There are many men who live with abuse and could “biblically” pursue a divorce as well.) Charging someone with “abuse” when it doesn’t truly apply is almost as evil as committing abuse, so we need to be careful we don’t bear “false witness” against a spouse to convince ourselves and others that we can legitimately pursue divorce to get out of a difficult marriage.

That’s why I love how some churches will meet with a couple and hear them out to give them some objective feedback, helping them to distinguish between normal marital friction and abusive behaviour. Some women need to hear, “No, this isn’t normal. It’s abuse. You don’t have to put up with that.” Others need to hear, “We think what you’re facing are the normal difficulties of marriage and with counseling they can be overcome.” There’s no way a blog post (or even a book) can adequately anticipate all such questions.

I love marriage — even the struggles of marriage, which God can truly use to grow us and shape us — but I hate it when God’s daughters are abused. And I will never defend a marriage over a woman’s emotional, spiritual, and physical health.

I went back to my hotel room after that woman’s conference and almost felt like I had to vomit. I don’t know how God stands it, having to witness such horrific behaviour levelled at his daughters.

Jesus says there are “levels” of love, and times when one loyalty must rise over another. Our loyalty to marriage is good and noble and true. But when loyalty to a relational structure allows evil to continue it is a false loyalty, even an evil loyalty.

Christian leaders and friends, we have to see that some evil men are using their wives’ Christian guilt and our teaching about the sanctity of marriage as a weapon to keep harming them. I can’t help feeling that if more women started saying, “This is over” and were backed up by a church that enabled them to escape instead of enabling the abuse to continue, other men in the church, tempted toward the same behaviour, might finally wake up and change their ways.

We have got to put the fear of God in some terrible husbands’ hearts, because they sure don’t fear their wives, and their lack of respect is leading to ongoing deplorable behaviour.

I want a man who was abusive to have to explain to a potential second wife why his saintly first wife left him. Let men realize that behaviour has consequences, and that wives are supposed to be cherished, not used, not abused, and never treated as sexual playthings. If a man wants the benefit and companionship of a good woman, let him earn it, and re-earn it, and let him know it can be lost.

I know I’m ranting. But I don’t think it was an accident that I was constantly stopped at that woman’s conference and forced to hear despicable story after despicable story (“forced” isn’t the right word. I could, of course, have walked away). I think God wanted me to see the breadth and depth of what is going on, and in this case, perhaps to be His voice.

Message received! We are called to love marriage, but when marriage enables evil, we should hate it (love it less) in comparison to a woman’s welfare.

We know this can be a challenging issue for families. We have mentoring available for you. Mentoring is a chance to ask your questions in a safe and private place. All mentoring happens by email. TALK TO A MENTOR