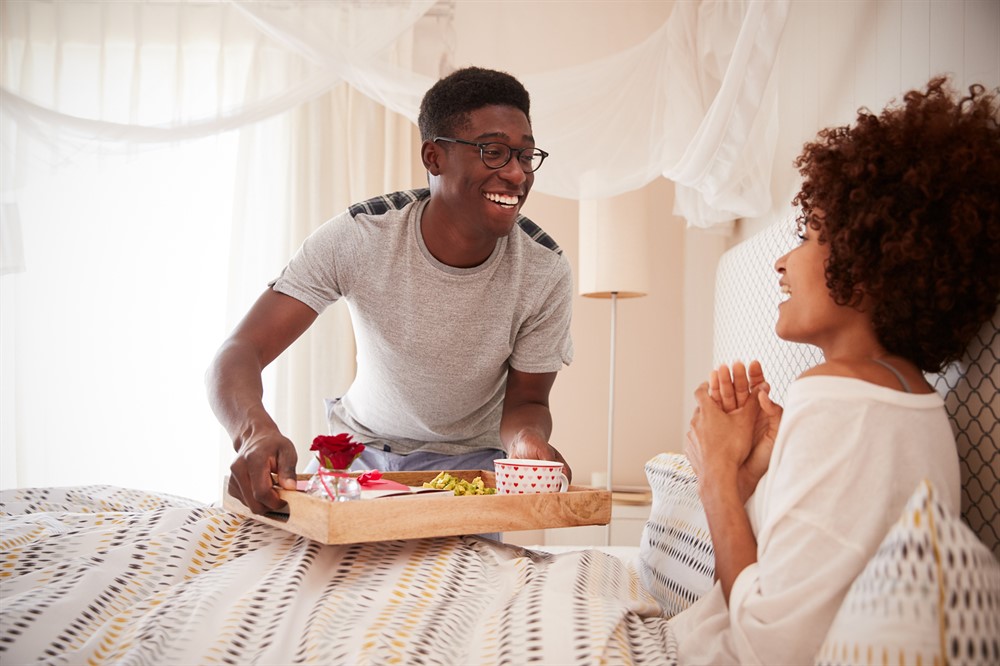 Normally level-headed, this particular morning I was freaking out. I couldn’t find some photos I considered precious and irreplaceable. This was back in the day when prints were developed and tucked in an envelope. Well, the pictures were missing and I was frantically tearing up drawers and cabinets when my husband came home.

“What’s going on?” Now crying, I told him the problem and he set right in to helping me. This was in the middle of a work day and he had stopped in to pick something up before a meeting, but he dropped what he was doing to help me find something precious. He so easily could have said a form of “good luck” or “I’ll help later” or “it’s no big deal,” but he didn’t. He dropped his agenda and picked up mine.

That night, with the pictures found and my head cleared, I asked him why he did that. He shrugged, “If it’s important to you, it’s important to me.” Whoa. Even after all these years of living with him, this dear man still impresses me with his selflessness. When I reflect on this one sweet sentence, it touches on one of the many aspects that make marriages great: putting your spouse before yourself.

Listening to a talk show one day, a young woman called expressing exasperation at her man’s lack of emotional health and therefore any good treatment of her. She wondered if this was just the way it was or was she right to want more. The radio host told her something I’ll never forget: “You want a man who will swim through shark-infested water to bring you a lemonade.”

Sadly, we live in a world of “Get it yourself,” “Your legs aren’t broken,” and “I’m not your slave.” But in a marriage where we’re truly looking out for and loving the other, it should be commonplace to hear, “I’m happy to get it for you for any reason.”

Of course this becomes a different scenario if we’re not truly loving each other. Then resentment and hurt festers; I understand that. I’ve seen it first hand. A selfish spouse can take the shine off the joy of service, but a selfless spouse brings about another selfless spouse and exchanges become sweet.

Since my husband’s love language is words of encouragement, one year months before his birthday, I kept track of all his kindnesses to me and the kids.

Every day, I found an example of him thinking of us first and thanked him for it. It’s common for him to ask what he can do for me before leaving for work. But I found others: when I ask him what I can make him for lunch, he says, “whatever’s easiest for you,” or “only if you have time.” When I spent six months on crutches, he had me wait in the car while he laid down towels in the garage so I wouldn’t slip on the garage floor. He also took on all of the house-cleaning and shopping.

Years ago, missing my family and friends from my home state, he sent me there, by myself, for 10 days to soak up their company and enjoy some much-needed girl time. But what really warmed my heart was when he was commiserating with another gentleman whose wife also has chronic illnesses, my guy spoke using “we.” The man cocked his head, wondering how we both could share the same ailments. “No,” my husband explained, “if my wife is ill, so am I.“

The primary reason these experiences rock my world is because I did not see this modelled while growing up. In my world, spouses rarely spoke to each other and were courteous with each other only in public and that’s about it. So year after year, I learn — or have reinforced — another layer of consideration and kindness from my husband. That’s always been my best anniversary gift.

Now, it’s contagious. I have learned to be this same way with my husband and our kids say the same words of helpfulness to us and their siblings. When stress comes and I’m tired and rushed, it’s easy to be snappy or short with my family, but I want to model words of patience and peace. I try to catch myself as often as possible, when saying things that are counter-intuitive, and opt rather to choose the kinder route. It’s a habit I work on every day. It’s a choice so that we can offer our children an example of a marriage that’s different from what I experienced as a child.

I’m thankful for a peaceful husband because outside our homes, shark-infested waters exist. But in our relationships, we should find quiet waters most of the time. I know it’s not all roses and sunshine between spouses, but when we let the other know that what’s important to them is important to us, something beautiful happens. This message forms the basis of a great marriage — when you need something, I’m here for you — to encourage you, to support you, even to rifle through drawers with you.