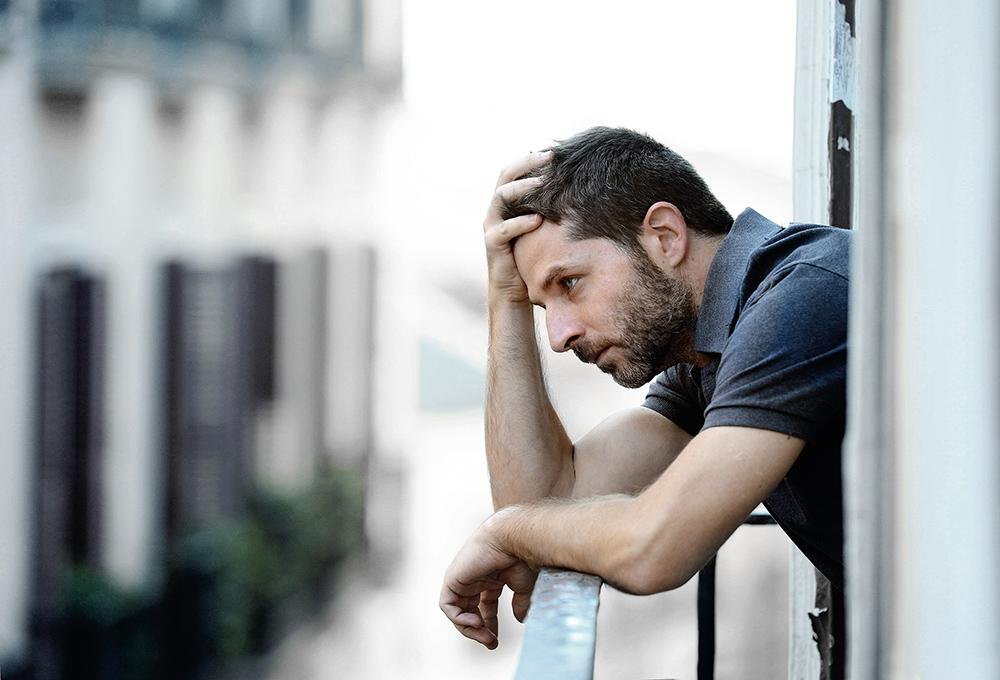 I was shooting baskets in my Pacific Northwest boyhood home in 1980 when a gigantic plume of smoke way off in the distance told me that the world had changed. Mount St. Helens had finally blown its top.

The eruption had been building for years and ultimately caught no one by surprise. News reports had lionized a few hearty individuals who planned to “ride out the eruption” but their hubris proved to be foolhardy; they paid with their lives. There wasn’t anything left for their families to bury. I don’t think anyone fully anticipated the sheer force, horror, and utter devastation of that explosion. The entire side of a mountain was gone. Tall majestic trees laid down like a box of toothpicks spilling out of a shopping bag. The cataclysmic force of it was stunning.

Eventually, these behaviors erupt. I’ve been there during some explosions. The wife says, “enough!” The husband says, “I’m done.” And you can almost see their children’s tears from miles away. Another home has blown apart.

My heart broke for one wife who, after her husband left her, asked me which books she could read “to win him back.” We had talked years before and back then, she had resolved to make some changes. The warnings went unheeded, however, once she was certain her husband was “back.” He’s a really good guy and she couldn’t believe he’d leave her, until he did. I don’t excuse his leaving, and if I could talk to him now I’d beg him to go back, but his leaving shouldn’t have surprised his wife. This was an eruption long in the making.

It’s foolish to say, “You’re supposed to cherish me just as I am, so leave me alone.” When you are married, there is no sin you can commit that won’t, in some way, impact your spouse, even if he or she doesn’t know about it. Every sin is like playing Jenga with your children’s home. You hope this one block doesn’t finally knock everything down, but you’re going to pull it out anyway. After all, nothing happened last time…

Near the end of my book, Cherish: One Word that Changes Everything for Your Marriage, I include an important chapter: if you want to be cherished, try to make it easier for your spouse to cherish you. Address those issues that would make it difficult for any spouse to cherish you. Don’t wait for an eruption to address the weaknesses in your life that try your spouse’s patience.

This isn’t just about our marriage; it’s about our faithfulness to Christ. Paul tell us to “Put to death, therefore, whatever belongs to your earthly nature: sexual immorality, impurity, lust, evil desires and greed, which is idolatry.” (Col. 3:6-7) He adds these: “But now you must also rid yourselves of all such things as these: anger, rage, malice, slander, and filthy language from your lips. Do not lie to each other…” (Col. 3:8-9) Every one of these sins will eventually explode if we don’t repent of them. Cultivating them is like firing up your own private volcano that will one day become very public.

Earnestly pursuing “holiness” is like drawing fresh spring water from your family’s well. When necessary, that well can even put out a volcano. Complacent sinning is like dropping some poison down the well day after day until your family starts getting sick.

As a pastor, I have seen firsthand the horror that follows unholiness in marriage and the homes that it breaks up. I have been grieving the destruction of the family mentioned above, so I am making an earnest appeal: don’t just demand that your spouse cherish you. Strive to become someone who is easier to cherish. I never thought this guy would leave, but he did.

In the end, it doesn’t matter how “good” your sex life is, how compatible you are, or how well you meet each other’s love languages. If you unleash the power of unrepentant sin into your life you will force it into your spouse’s life, and your kids’ life, and then the lives of the church and community you are a part of. One thing everyone learned after Mt. St. Helens: brave words are no match for hot lava that erupts from a volcano. Once it blows, destruction is certain.

Used with permission. This article was originally published on garythomas.com.