4 Things We Did to Raise Humans We Actually Like 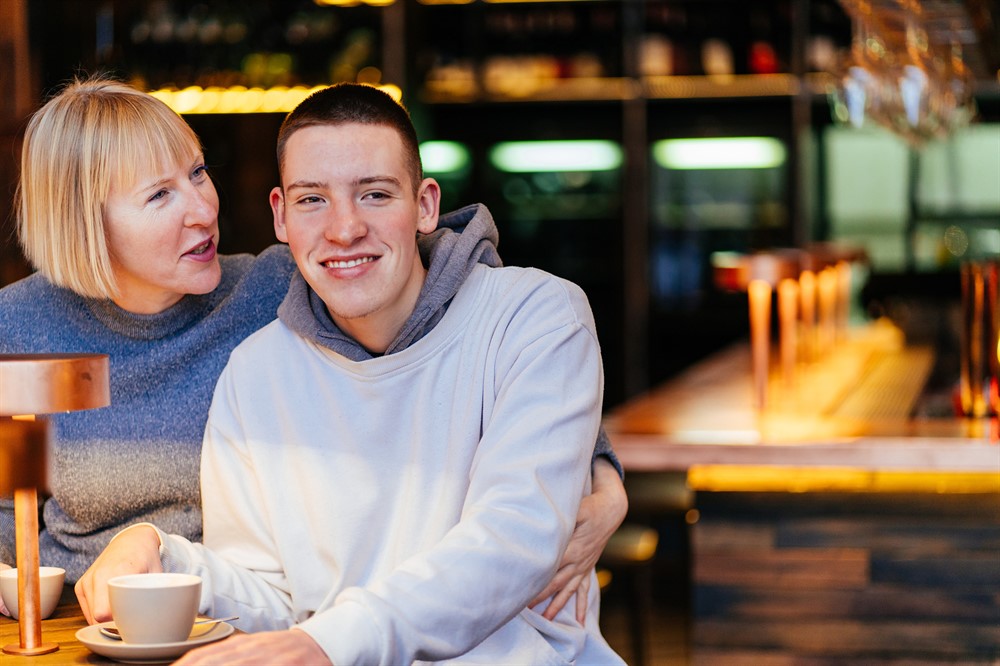 I’m just going to say straight off the bat that I know there are exceptions to what I’m about to say. I know that sometimes there are amazing families who have four fantastic children and one that has gone off the deep end somewhere, even though they were all raised the same way. I get this, absolutely.

But here’s the thing: for many many years of our children’s lives we decide on all the things for them.

We decide what they eat, how they spend their free time, what time they go to bed, and what sort of shoes they’re going to wear. We choose if there’s music in our homes or if we read poetry at night or if we let them strip down to their diapers and finger paint in the back yard. We decide if daily rituals include prayer together or time outside together or snuggling up on the couch and reading together.

We, the parents, choose. It’s our jobs.

So naturally, as parents, we choose the things we like! Books are important to me, and I’ve made our household a place where anytime you can find someone curled up on the couch with one. Chances are this wouldn’t have happened if I wasn’t in that position all the time, or if we didn’t do trips to the library, fun Amazon orders, or have “Book Time” as part of our daily summer routine. But it is, and we have, and so we have a group of humans that love books.

Same goes with food. Except in the opposite way. I’m what I like to call a particular eater. I like lots of foods — I just like them how I like them. I say everyone is entitled to their preferences! Mine is in what I eat. As such, I didn’t introduce my kids to food that I hate, and in so doing I’ve created a little tribe of picky eaters.

It wasn’t my intention. I just fed them what I ate and it’s what they like now, too.

I use both of these examples to say that from a young age we have a lot of sway over the things our kids will like and what they won’t. And while I won’t get into the whole nature/nurture debate, I will say that in our experience, nurture has a lot to do with it!

Of course, each of our children has their own set of natural gifts, the things they’re drawn to. We want to encourage that for sure! We love seeing their personalities grow and broaden and include new things.

What have we learned along the way? That we really like our kids. Here are a few reasons why.

1. They speak to us with respect.

We taught them very early on to respect us and our words and to speak to us in appropriate ways, never letting them get away with rude, inappropriate, or disrespectful speech. Of course it happens, but there are always consequences for it. And so we now have teenage humans who talk to us in the way they’ve learned — kindly and with respect.

2. Family activities are a priority.

We all get involved in activities we like. In our family we made group things a must. So, brother is playing basketball? Let’s all go watch. Mom wants to go for a hike? Get your shoes on! Someone’s band is performing? We’re there. Together. We’ve made it the culture of our family to do things together and to support the interests of one another. So while my boys don’t love hiking, they’ve grown to appreciate it and even suggest it every now and then because they know it makes me happy. In the same way, I’ve learned to make good food and sit down on the couch and watch a hockey game with them, even though I couldn’t care less about who wins or loses.

One of the characteristics that bothered me the most when I saw other peoples’ children (before we had our own!) was their tones. That slow drawl in a decibel that hurts one’s ears for the sheer purpose of getting what they want after they’ve been told no. In our family we made it an instant rule — whining equals an automatic no. We would often use words like “watch your tone” or “would you like to say that in a different way?” But if they continued on with a case of the whines, we carried on like their request wasn’t being heard.

Kids learn quickly that if an action doesn’t get them what they want, what’s the point? Now as teenagers, they use sentences like, “Mom, is that up for debate?” Or, “Can we talk about that more?” These are words I’m happy to respond to!

4. Everything they have is a privilege, not a right.

I knew straight off the parenting bat that I wasn’t interested in raising entitled kids. You know the ones. Kids who feel they deserve everything they have ever wanted and more. Kids that don’t understand the word no. Kids who mope and complain if the world isn’t handed to them on a silver platter. Kids who need the best of the best or their worlds will collapse. We knew, not only that this was not the world that we COULD hand them, but we didn’t even want to.

The outworking of this has changed over the years, but the concept is the same. They do not get everything they think they need at the drop of a hat. Whether it was a pack of Pokemon cards when they were little or a gumball from a machine, they learned the meaning of no, early on. Now it looks more like no cell phone or waiting for things like a new basketball (because their coach said theirs was trash!) until Christmas or a birthday comes around. When we teach our kids that everything they have is a privilege, it teaches thankfulness for what they do have right along with it. It also gets rid of comparison and complaints! Score!

So even if the boys complain that there’s no milk in the fridge on a particular day (because three boys go through scads of milk and I just straight up forgot to get it!) we talk about the fact that even milk in the fridge is a privilege that much of the world doesn’t have. It is not their right to have milk awaiting them every morning, nor do they deserve milk waiting for them (when there is bread and eggs and a thousand other things they could eat). Instead of being mad on the days there’s no milk, they’ve learned to be so thankful for all the days there is!

We now have teenagers that we really like. We want to be with them. They are a pleasure to be around (mostly)! I know it can be hard when they’re little, but it really is worth it to put the time in, create atmospheres and tones you like and appreciate, develop character and creativity, and raise interesting and thoughtful humans that you enjoy. Because chances are if you enjoy them, other people in the world just might, too!