30 Second Challenge: Listening to Your Kids 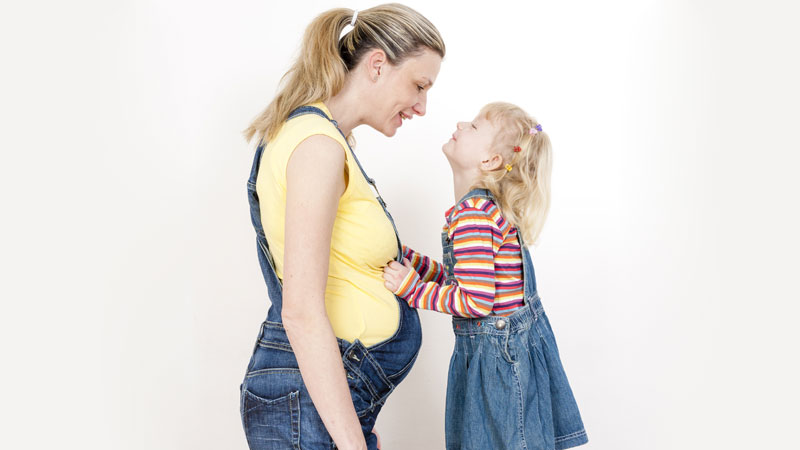 At 26, I was eight months pregnant with our fourth child. It seemed like I spent most of my time wiping counters, faces, hands, or bottoms. I often had at least one child clinging to my pant legs, either wanting my attention or just randomly tattling on the others.

In the middle of this stage of my life, I learned about the “30 second challenge” from a parenting talk show on the radio. It’s been a while since I was 26, and quite seriously, the fact that I can remember anything from that stage of life is nothing less than miraculous (remember… I was pregnant then), so I may not explain the principle exactly as it was taught, but here it is.

When a child is fussing at your feet or acting out unreasonably, drop to one knee and look the child straight in the eyes and listen to her complaint. Chances are, after 30 seconds the child will be satisfied that she has been heard, and she will go back to her activities.

So, I tried it. I had a child hovering by my side, whining in that indiscernible language, at that unbearable pitch. I was in the kitchen when I remembered the 30 second challenge. I took a deep breath and dropped to one knee.

It is a significant maneuver for an eight-month pregnant woman to shuffle down to the floor. If she can even see the floor. Transferring the weight of my encumbered body, I eased myself down, hoping that the spot where I landed was devoid of Lego!

Squatting awkwardly so I could actually look my daughter in the eye, I was greeted with a look of complete shock. At first, I thought it was the magnitude of the action, or just the magnitude of me in front of her that caught her off guard, but then I realized it was my interest that surprised her. Clearly this child was not used to having the attention of my full face (and trust me — it was a full face at that stage of pregnancy).

Sheepishly, I realized my kids mostly speak to my back, or, more in line with their level of sight — my butt. Without digressing to fat bottom jokes, I do have to point out — who would want to talk to that? I conceded that I rarely gave my children my full attention. I multi-tasked their questions and needs.

My little girl was literally speechless when I dropped to her level, looked into her eyes, and gave her my undivided attention. “What do you want to say to Mommy?” I asked. It took her a few moments to collect her thoughts, but with a clear voice and expressive eyes, she stated her concern. And I listened. She didn’t need me to solve anything; she just wanted to be heard.

Forgive me, but throughout this whole exchange with my daughter I was counting seconds. I was willing to try the 30 second challenge, but I could only be a beached whale, down on one knee for a designated time, especially when I realized there was no crisis to be solved.

So, you can imagine my surprise when I had not even yet counted to 10, when my daughter gave me a smile, turned on her heels, and headed back to her play time. “That was it?” was my first thought as I started the difficult tactical exercise of ascending to a standing position. (At least heading down to the floor was aided by gravity!)

In the following years, I have been continually surprised. Truly, 30 seconds is an exaggerated time allotment! I didn’t always practice it — I did learn the art of “tuning out.” But when we look our kids in the eyes and give them our full attention, it doesn’t take very long to convey that they are important. In the toddler years, this 30 second challenge became the end point to most of the whining.

These days, I have to look up to catch the eyes of my kids, but I still do it. I desperately want to be a mom who gives them my full face. When there are things that require discussion, we can broach the subjects head on — because we’ve been facing them throughout their lives.

So, take the challenge. Drop to one knee, look your little one in the eye, and listen — and count if you need to. 30 seconds will likely be more than enough time.